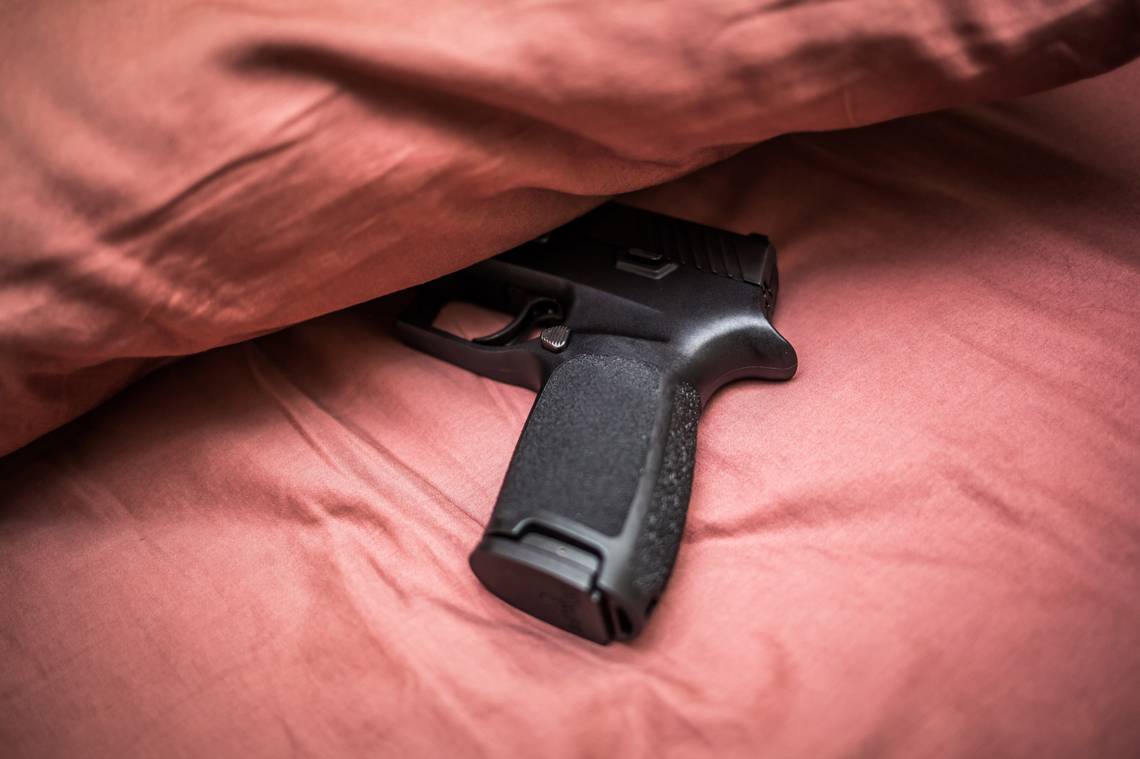 We may never know exactly why Fayette Family Court Judge Traci Brislin declined to grant an emergency protective order to Talina Henderson after she filed for divorce from her husband, Stephon. As we know, Brislin decided there was no “imminent threat”, and instead scheduled a hearing on Nov. 30. Three days later, Stephon Henderson allegedly shot and killed his wife at their home.

Accountability for the judge will have to come from the voters of Fayette County. But in the case of every tragedy, it’s constructive to look back at what could be improved in our domestic violence system, and how we can save more lives.

Clearly, domestic violence is growing at an alarming rate — 129 more emergency protective order petitions this year alone, according to Family Court Judge Carl Devine. Four family court judges are overloaded with emergency protective order petitions, 1,648 of them between January and August of this year, coming in at every hour of day and night. Thirteen of Fayette’s homicides this year are considered domestic violence.

Advocates and officials will have plenty to study from the Henderson case to look for improvement. But the lack of an EPO in this case also stopped one of Fayette’s most innovative programs — taking guns away from domestic violence abusers.

“Anything you can do to put up barriers to protect the victims of domestic violence and community at large helps,” said TK Logan, a University of Kentucky researcher who has studied gun confiscation programs.

That’s why in Fayette County and Jefferson County, advocates, judges and the Sheriff’s office came together many years ago to decide that they would enforce the federal laws that allow the removal of guns from people served with domestic violence protective orders.

“Fayette County is unique in that for many, many years, our family court judges all have consistently agreed that they wanted on the protective order the language that says: Sheriff to confiscate firearms,” said Sheriff Kathy Witt, who keeps any confiscated guns in her office’s climate-controlled property and evidence room. If the situation is resolved, the order has expired, and the judge signs an order allowing it, the guns are then returned.

For this year, Witt said, the Sheriff’s office currently has 1,700 weapons booked in custody. Two hundred have been returned due to expiration of orders with no other prohibitions. DVOs usually last for three years.

It’s not a perfect system. It operates on an honor system — that when the sheriff’s deputies show up to serve a domestic violence order and ask for the perpetrator’s guns, they will indeed be handed over. This country’s devotion to and misconstruction of the Second Amendment means we are awash in guns, legal and illegal. Convicted felons like Stephon Henderson are not allowed to have or buy guns, and this case shows once again how easy it is to obtain them illegally. He might have lied about the gun he had or refused to turn it over.

The gun collection is also up to the judges and sheriffs, who have to decide if they even want to do this kind of protection. Most other counties don’t do it. There is no statewide law on gun collection, and it’s not clear if any other counties besides Fayette and Jefferson collect guns with domestic violence orders on any kind of regular basis. Some sheriff’s offices might not have the resources in either space or personnel to collect and keep guns from domestic violence cases.

In 2020, Rep. Nima Kulkarni, D-Louisville, proposed a law — to require the surrender of firearms by people subject to protective orders or convicted of specified crimes — but it went nowhere.

I’m going to be writing more about the issues of guns and domestic violence in the coming weeks. Thanks to Sen. Whitney Westerfield, R-Crofton, by next July, we will have much more information because for the first time, the state justice cabinet will collect statistics on domestic violence crimes. As the Stephon Henderson case shows us, there’s still a long way for Kentucky to go.

Darlene Thomas, the executive director of Greenhouse17, Fayette’s domestic violence shelter, has been fighting this fight for a long time. “Is there a way to take such tragedy and try to enhance our systems?” she asked? “We can’t stop everyone. But proactively getting guns out of criminals’ hands could go a long way.”

If you or someone you know is struggling with domestic violence, you can contact the 24-hour crisis hotline at 800-544-2022.