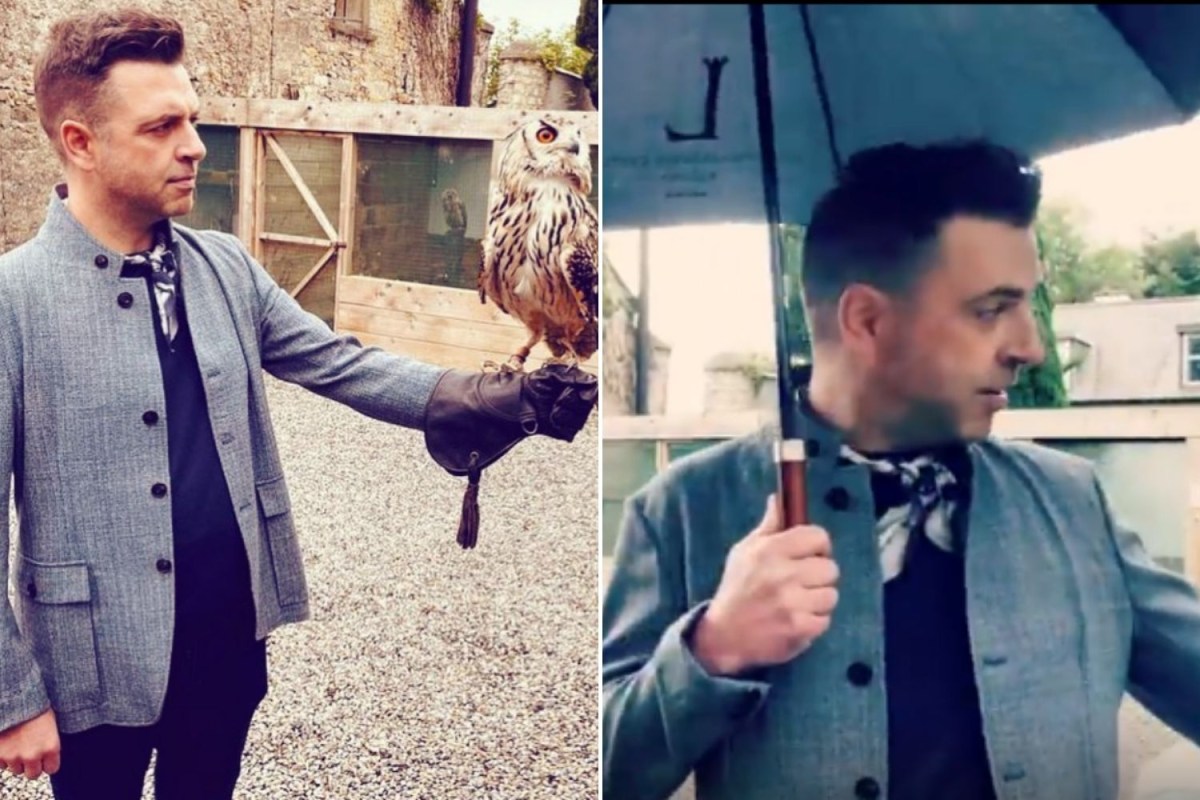 WESTLIFE star Mark Feehily has shared a hilarious video of himself overcoming his “irrational fear” of birds.

The singer took to his Instagram yesterday to share a video he took earlier in the year of trying to beat his fear.

He was joined by his bandmate Shane Filan as they spent a day meeting some big birds and overcoming his fears.

Speaking at the begging of the video Mark said: “Basically a lot of you know that I have a big fear of birds all my life, an irrational fear and this morning what I’m going to do is I’m going to face my fear.

“I watched this horror movie Alfred Hitchcock The Birds in which birds basically take over the world and start killing everyone.

“And it’s extremely disturbing it’s more the beaks and the claws and the flapping of wings that freaks me out.”

Mark then said: “I’m not going to like it.

“As father’s I think we have to do our best to not project these things onto our kids.

“So I’m trying my best not to project my fear of birds onto all the Westlife children so, I’m facing my fear.”

He and Shane then went to meet some of the birds and Mark ended up holding a few on his arm.

While he did curse throughout the video out of fear, by the end he was thrilled with himself.

Mark captioned the video saying: “You may remember me saying I’d explain that pic of me with a massive bird on my arm, well here’s a little thing that happened during the photoshoot for the Wild Dreams album…also, I know it ended up more like a comedy than a serious video heheh.”

Fans and friends of Mark flocked to his Instagram comment section to praise him for over coming his fear as they said he cracked them up.

Sean said: “Wow nice one Marky you did it.”

BIRDS OF A FEATHER

Lynette wrote: “Although I’m not scared of birds I probably be a bit nervous too. The commentary is hilarious.”

While Joanne also commented saying: “Well done Mark. Showing beautiful Layla and the the other kids to fave their fear.

“Well done , we are all so proud of you. Shane being the supportive friend there.”