Owner of Maryland’s Runaway Zebras Is Charged With Animal…

What’s on TV This Week: ‘Home Sweet Home’ and ‘Succession’ 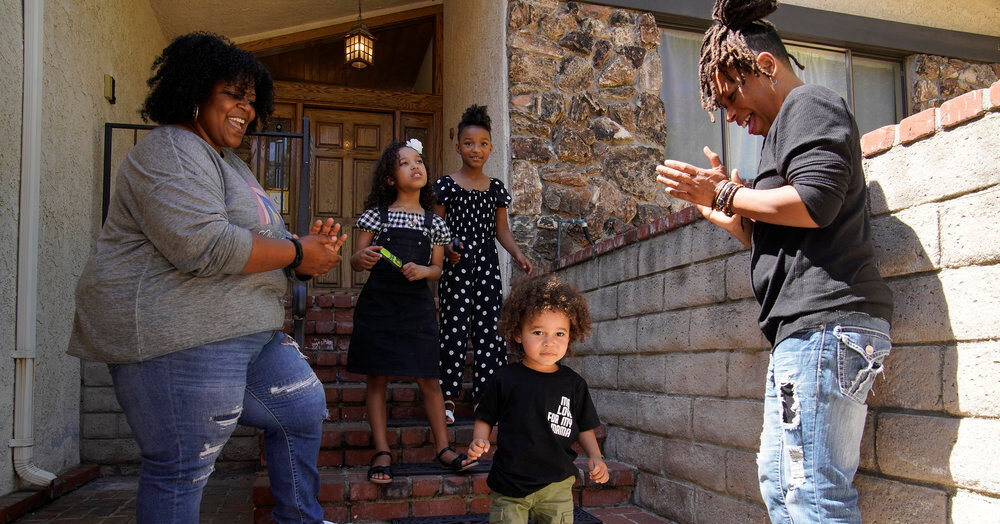 Between network, cable and streaming, the modern television landscape is a vast one. Here are some of the shows, specials and movies coming to TV this week, Oct. 11-17. Details and times are subject to change.

NINE TO FIVE (1980) 10 p.m. on TCM. Jane Fonda, Dolly Parton and Lily Tomlin play secretaries who revolt against their revolting chauvinist of a boss (Dabney Coleman) in this classic office satire. When the New York Times critics Manohla Dargis and A.O. Scott included the film in their Weekend Watch column last year, they called it “a feminist lark with laughs, crude comedy, wafts of pot smoke and a catchy anthem written by Parton.”

CHUCKY 10 p.m. on Syfy and USA Network. How much of an origin story can a child doll have? Plenty, if that doll contains the soul of an adult serial killer. Chucky, the spooky doll first introduced in “Child’s Play,” the cult 1988 horror movie, gets his latest refresh in this new TV series. Unlike the 2019 big-screen rethink with Aubrey Plaza, which added an ostensibly brainy artificial-intelligence angle to the killer-doll tale, this new series has the original “Child’s Play” creator Don Mancini as its showrunner — so it should offer some more old-school scares. Syfy is debuting “Chucky” alongside another classically minded horror series, DAY OF THE DEAD, based on the 1985 George A. Romero film of the same name. The first episode of that series will air at 11 p.m. on Syfy and USA Network.

A NIGHT IN THE ACADEMY MUSEUM 10 p.m. on ABC. Perhaps mercifully, this hourlong special has no relation to the “Night at the Museum” movies. Instead, the program gives a preview of the Academy Museum of Motion Pictures, the newly opened museum in Los Angeles that displays a history of Hollywood as seen by the Academy of Motion Picture Arts and Sciences. Tom Hanks and Laura Dern, both members of the museum’s board of trustees, will host the broadcast.

CMT ARTISTS OF THE YEAR 9 p.m. on CMT. Chris Stapleton, Gabby Barrett, Kane Brown, Kelsea Ballerini, Luke Combs, Mickey Guyton and Randy Travis are the honorees at this year’s CMT Artists of the Year event, an annual celebration of country music. Wednesday’s broadcast is slated to include performances from Barrett, Brown and Combs alongside other artists, including Yola, who will perform with Guyton.

MOONRISE KINGDOM (2012) 8:15 p.m. on HBO. Wes Anderson is set to return to theaters next week with “The French Dispatch,” his latest cinematic diorama. In the meantime, consider revisiting “Moonrise Kingdom,” Anderson’s tale of two 12-year-olds who run off into the wilderness together, and eventually reach a dreamy paradise. The film shows the pair’s adventure “with a beautifully coordinated admixture of droll humor, deadpan and slapstick,” Manohla Dargis wrote in her review for The Times. The messy humanity of Anderson’s characters, she wrote, is “rarely more deeply felt than in ‘Moonrise Kingdom,’” despite the fact that the film takes place in one of Anderson’s tidy, idiosyncratic realms. “Sometimes they’re called dollhouse worlds,” Dargis wrote, “though, truly, they feel more authentic than many screen realities.”

HOME SWEET HOME 8 p.m. on NBC. Home exchanges, the proto-Airbnb setup in which the members of one household swap places with those in another city as a means of traveling for cheap, can be a ripe source for drama. Ask most anyone who’s done one and you’ll likely hear tales of oddities found stashed away behind the Fritos in kitchen cabinets, or plumbing challenges, or any of the other bumps that can emerge when one family’s lifestyle is transplanted into a home set up for another’s. But you’ll also probably hear about the transcendent experience of essentially stepping into someone else’s life. The latter element is the focus of this unscripted series from the filmmaker Ava DuVernay. Each episode follows two families who swap houses for one week. The pairings are intended to set up each family for revelations about identity, and to challenge potential assumptions about race, religion, gender and other issues.

LA FRONTERA WITH PATI JINICH 9 p.m. on PBS (check local listings). The chef and TV host Pati Jinich has long presented food as a tool of diplomacy. “In my kitchen, the border experience is an inspiration,” she said in a 2018 episode of her PBS series “Pati’s Mexican Table.” Her new travel series, “La Frontera,” expands on that notion; it focuses on food in border towns in Mexico and the southern United States, including El Paso and Juarez.

ALL ABOUT EVE (1950) 11:45 p.m. on TCM. Bette Davis plays an aging Broadway star whose life is derailed by a young fan (Anne Baxter) in this drama. The film won several Oscars, including two for the writer-director Joseph L. Mankiewicz, who got statues for both his direction and his screenplay. (The film also won best picture.) The work of Mankiewicz’s screenwriter brother, Herman, will be on display on TCM earlier in the night in CITIZEN KANE (1941), which will air at 9:30.

THOSE WHO WISH ME DEAD (2021) 8 p.m. on HBO. The active malevolence of two assassins is dwarfed by the passive lethality of a wildfire in this thriller from the writer-director Taylor Sheridan. The story centers on a smoke jumper, played by Angelina Jolie, whose path crosses with that of a boy (Finn Little) who is being tailed by killers (Aidan Gillen and Nicholas Hoult). They’re out to silence him because of a secret he learned from his forensic accountant father (Jake Weber). The pursuit takes them all through the Montana wilderness; it kicks into gear when the forest is set ablaze.

SUCCESSION 9 p.m. on HBO. The third season of HBO’s grotesquely lavish satirical drama “Succession” will arrive on Sunday night after being delayed a year by the pandemic. The delay presumably gave viewers some extra time to catch their breath after the gasp of a Season 2 finale, which once again cleaved the fictional members of the Roy family — wardens of a media empire — into warring camps. Don’t expect the time off to have lessened the tension.

28 Unwritten Rules That All Travelers Should Know Before Visiting Popular Destinations Abroad, According To Locals