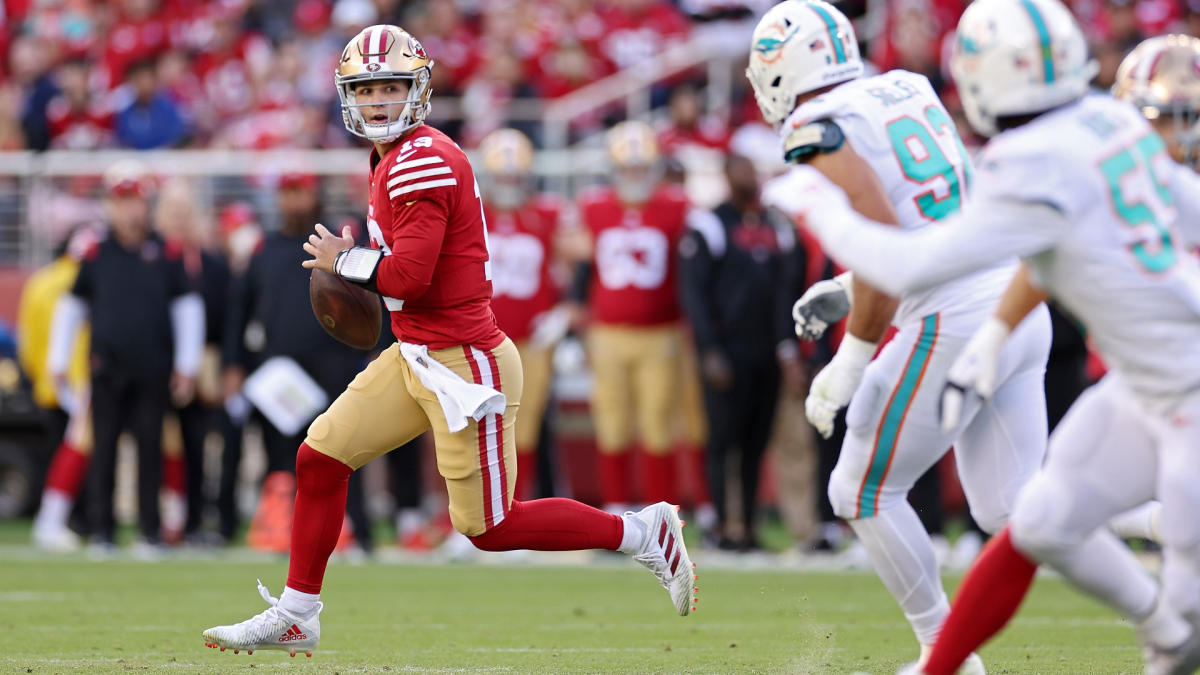 When Jimmy Garoppolo suffered a broken foot, ending his 2022 NFL season, the 49ers turned to Brock Purdy, who entered the game against the Miami Dolphins.

Despite being the 2022 NFL Draft’s ‘”Mr. Irrelevant,” Purdy didn’t play like a rookie quarterback, leading the 49er’s to a 33-17 win over the Dolphins on Sunday at Levi’s Stadium.

The 22-year-old completed 25 of 37 passes for 210 yards, throwing two touchdowns and one interception, leading ESPN NFL analyst Rex Ryan to say that he was surprised by what he saw in Purdy while facing a quality Miami defense.

“I was absolutely blown away by this kid,” Ryan said on ESPN’s “Get Up” Monday. “He came in there against a tough defense, man, I’m telling you. And you look at some of those things, that pass to Kittle in particular, this guy’s got to face the pressure right in his face.

“Nobody pressures the passer the way Miami does. They send pressure like crazy. And, I mean, he was so poised.”

Purdy’s ability to not look like a rookie and remain poised in the pocket as he led the 49ers to a win isn’t the only trait that stood out to the NFL analyst. Ryan noted that the former Iowa State product looked prepared and ready for his moment.

“The other thing that I was blown away by was his preparation,” Ryan said. “This man was prepared for the moment and many backups they all say, ‘I’m doing the work. I’m doing it.’ No, they really don’t. This kid right here was at a different level.”

After making an appearance last Sunday against Miami, Purdy will be QB1 against Tom Brady and the Tampa Bay Buccaneers on Sunday at Levi’s Stadium, a matchup that excites the new 49ers starter.