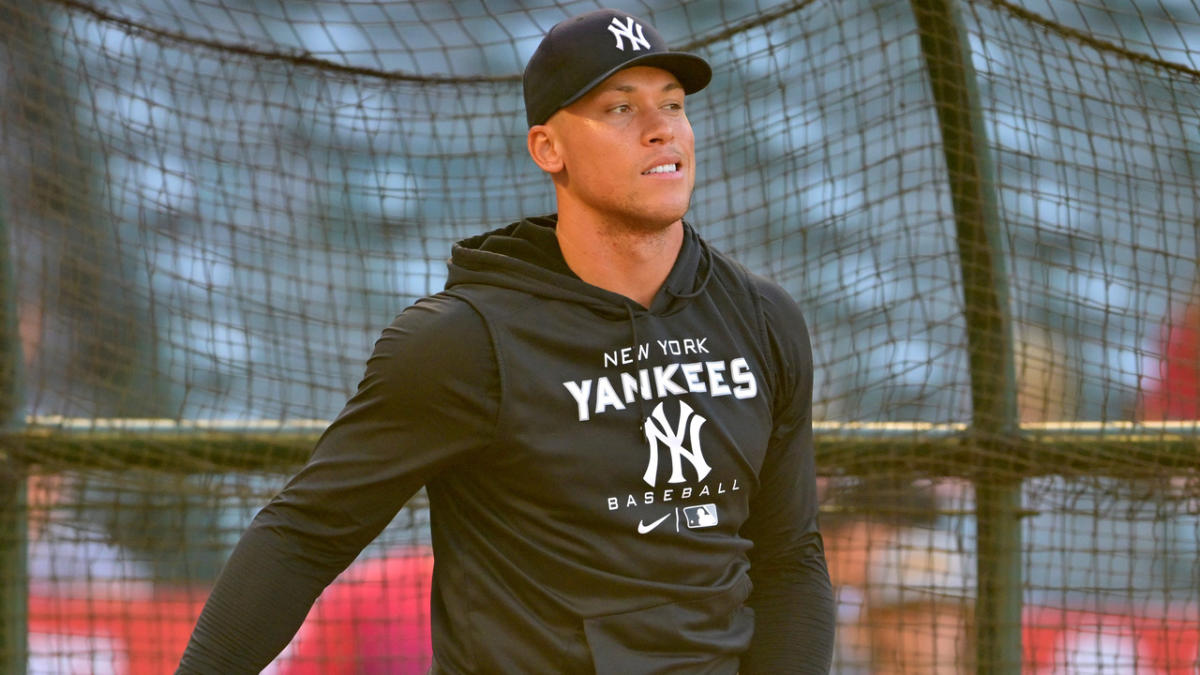 Let’s also be honest: who cares?

The Red Sox have an opportunity this winter to do something unprecedented, and that is steal the best player on the Yankees, a right-handed power god who may not boast great lifetime numbers in Fenway Park, but could probably figure the place out if he played here every day.

Starting with Babe Ruth, the Boston-to-New York connection has basically been one way, with the Yankees claiming Johnny Damon, Jacoby Ellsbury, and Roger Clemens, among others. Reversing course for Judge wouldn’t just be seismic, it would hit the Yankees right in their soul.

Tomase: Can Bloom follow through on his promise to Hernandez?

If the Red Sox are serious about reversing their hemorrhaging of top-end talent — a drain that could accelerate via Xander Bogaerts and maybe even Rafael Devers this winter — then there’s no better place to start than Judge, who might be putting together the greatest free agent walk year ever.

As the Yankees open a quick two-game series in Boston on Tuesday, Judge is hitting .307 with a league-leading 55 homers and 121 RBIs. A hot final three weeks could actually give him the Triple Crown, since he currently sits fifth in batting, just 12 points behind Bogaerts.

But his season isn’t solely about incredible numbers. He’s thriving in the game’s most intense market amidst a Yankees collapse that is hardly his doing, all under the specter of free agency. With New York struggling to score runs this month, Judge is hitting .457 with four homers as the lone beacon in a morass of misery. He’s playing even better now than he did when New York raced to baseball’s best record, and it says something that he leads baseball in WAR despite a monster two-way season from Angels slugger/ace Shohei Ohtani. Judge should easily win his first MVP award.

That’s how you hit free agency, especially after declining a seven-year, $213 million extension this spring that now looks paltry and laughable. With an ever-expanding pool of TV money and looming increases in the luxury tax threshold, baseball is in a position to see salaries continue to skyrocket.

Judge should benefit, and he’ll probably become the first 30-year-old to sign a $300 million deal. No one can agree to those terms blithely, because Judge is the only position player ever to stand 6-foot-7 and weight at least 280 pounds. Bigger hitters will always be considered breakdown candidates, and no player of either Judge’s height or weight — let alone both — has ever hit 30 homers after age 33.

Does that make him a risky investment? Absolutely. He has missed over 150 games since 2018 and a lot can go wrong at his size. If the Red Sox decide to let someone else assume that risk, it would be hard to blame them.

And yet … Aaron Judge! Those of us bemoaning the move towards austerity under Chaim Bloom can’t have it both ways and rip the club for cheaping out and then kill it for spending. That’s just choosing to be miserable. If John Henry wants to boost interest in his floundering club — and let’s face it, only Henry could OK the pursuit of Judge — there are worse ways to do so than with the singularly most intimidating hitter in the game, a mountain of a man who’s actually athletic and a halfway decent center fielder, too.

Even if you don’t believe the Yankees would ever let Judge come to Boston, it would be nice to join the pursuit after sitting out the Juan Soto and Ohtani sweepstakes in July. The Red Sox could use a jolt of relevancy, and they’ll have as much money to spend this winter as anyone.

So even if it’s unlikely, and even if it doesn’t really make sense in the long term, let’s not pretend that signing Judge wouldn’t at least make you excited to be a Red Sox fan again.