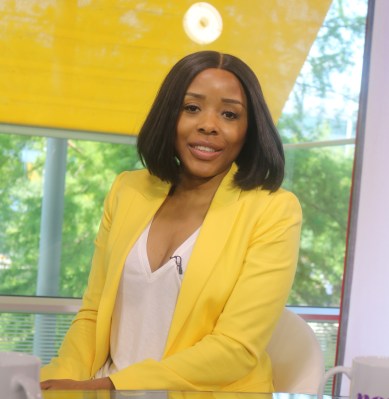 The app lets users log on to find conversations which they can join live (with the chance to ask questions) or listen back to on-demand (streamed talks are automatically saved to the profile of the talk giver).

The idea is for conversations to be centered around advice. But that advice can be on pretty much anything people want to hear about — from the get-go there’s a broad range of topics in play, from parenting and dating, to career and finance, mental health and wellbeing, fitness and more.

The startup says it’s built a ‘TikTok-style’ algorithm to recommend talks to users based on topic hashtags and behavioral data-mining — factoring in things like what users are clicking on how much sustained engagement a talk is getting to try to help quality conversations rise to the top. (It also says the app has reporting tools for problem conversations and 24/7 human monitoring in case of safety issues.)

At launch Wisdom has around 10,000 “experts” signed up to dish out knowledge through audio livestreams, following around a month of early testing. Work on the app only started around eight months ago, per the founder.

While anyone can sign up and start giving talks on the app, Wisdom has a verification system in place for what it calls “Top Mentors” to help users navigate who self-claimed experts are — and whether they might be worth listening to.

On the flip side it’s incentivizing people with knowledge worth sharing to get involved by — in the first instance — offering the chance to earn a “virtual currency”, called Mentorcoin, based on listens and engagement with their talks.

It says anyone can start earning the in-app currency by streaming their advice, it’s not just reserved for power users — saying it wants to support a creator middle class, not just funnel money to a fantastically tiny top-slice as some other creator platforms are (er, hi Twitch!).

Mentorcoin can be exchanged for giftcards from outlets like Amazon and Target (or donated to charities like Clean Water Fund) — but the plan is to expand monetization features for mentors so they can build out an advice-giving business on the platform in the future.

One thing it’s looking at on that front is allowing mentors to offer paid one-to-one conversations. But currently it’s purely social audio.

“Social audio — it’s a leveller, not everybody writes so well… but everyone can speak. I think audio is authentic. You can read the tone and emotion in people’s voices. It allows them to be more vulnerable,” says founder and CEO Dayo Akinrinade.

“As a mentor or an expert you can be helping people even when you’re not on Wisdom because your library of talks is saved against your profile and anyone can come back at any time and listen to your talk — so, oftentimes, with access to knowledge or mentoring programs by the time you’ve done the [back and forth asking when you’re both free the conversation may not happen].

“[But] if they follow you on Wisdom whenever you go live they’ll get an alert. So one of the next features we’re looking at is ‘Audio Office Hours’ — so why shouldn’t it be on your LinkedIn or your website, even if you go live on Wisdom once a week, once a month… a lot of people who maybe have privilege and are experts they [feel they] don’t have the time to give back.

Wisdom is not the first startup to see value in trying to bring a little helpful order to the babble of on-demand chatter that’s now available at the tap of an app on platforms like Clubhouse.

Nor indeed the first to focus on advice-giving as its special sauce (see, for eg, Anyone). But Akinrinade reckons its creator-first approach will help the fledgling social audio platform stand out.

Supporting diverse voices is another core goal for Wisdom.

The app includes features intended to help structure talks in a way that makes them accessible to a range of voices — such as a timer to keep conversations moving so no one guest can monopolise the stream.

Although initially the focus for the app is on English-speaking countries like the UK, the US, Australia, and Canada. So that’s one limit.

Akinrinade — who has a background in management consultancy and has previously founded another startup (London-based black dating app Africlick) — says she noticed the access problem around mentorship when she was working at OneTech, a UK diversity in startups program.

She also notes frustration with using professional networking platform LinkedIn for mentoring — saying the inboxes of experts get inundated with ‘pick your brain’ requests which end up ignored, unless a person can get introduced through a mutual contact which in turn compounds the problem of systemic inequality.

Her hope for Wisdom is that it will help break down such barriers and “democratize” access to knowledge.

The startup is backed by a number of angel investors who — fittingly enough — Akinrinade says she met on Clubhouse.

“I was a tech founder at the time working on a dating app — but then we were just talking and social audio is just so exciting and so kind of present. And — yeah — that’s how we started Wisdom!” she adds.