The Model-Photographer Whose Fame Was Decades In The Making

Woman sues doctor for letting her be born 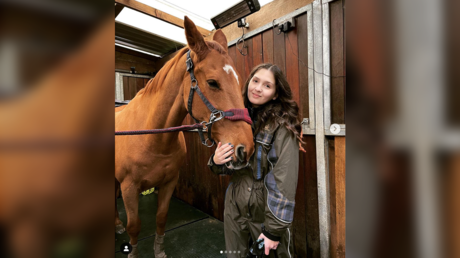 A champion showjumper born with a spinal defect has filed a lawsuit in London against her mother’s physician, alleging that he failed to properly emphasise the importance of supplements in pregnancy, resulting in her disability.

Evie Toombes, 20, of Skegness in Lincolnshire has pressed “wrongful conception” charges against Dr. Philip Mitchell. She claims Mitchell did not advise her mother, Caroline, to take folic acid supplements prior to and during pregnancy, resulting in her “having been born in a damaged state.”

Toombes is asking for millions in damages to cover the cost of living with her disability. Her barrister told Judge Rosalind Coe QC that Toombes will most likely need a wheelchair as she gets older.

Evie Toombes was diagnosed with lipomyelomeningocele (LMM), a form of spina bifida, in November 2001. She works at Nottingham University teaching nursing students, and competes in both “para and able bodied showjumping” equestrian sports, both in the UK and internationally, according to her website.

She has appeared on an episode of ITV’s show about ‘Hidden Disabilities’ and met Prince Harry and Meghan Markle in 2018 after receiving the WellChild Inspiration Young Person Award.

As Barbados ditches The Queen to become a republic, royal expert reveals which…