COPHAN - International Day of Persons with Disabilities, we claim the dignity and well-being of people with disabilities

Hillary Clinton says US should not have nuclear talks with Iran: Need to ‘stand with the people’ 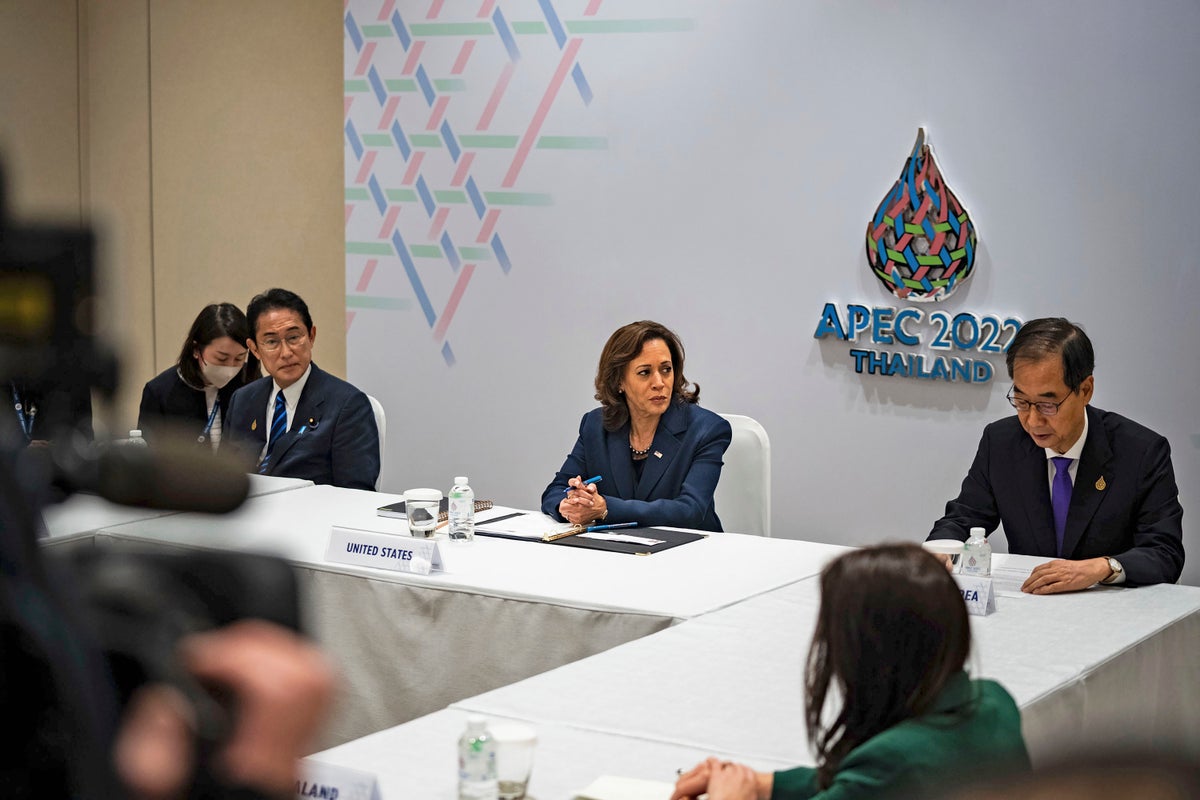 North Korea’s latest intercontinental ballistic missile test, suspected to be one of its most powerful projectiles yet, was roundly condemned by major global powers and overshadowed the high-profile Asia-Pacific Economic Cooperation (Apec) summit in Thailand.

The leaders of the US, Australia, Canada, New Zealand, South Korea and Japan, who have gathered for a 21-member economies inter-governmental forum in Thai capital Bangkok, convened an emergency meeting to discuss the launch.

On Friday morning, North Korea blasted off an intercontinental ballistic missileâ (ICBM), suspected to be Hwasong-17, North Korea’s longest-range two-stage ICBM, that landed in Japnese exclusive economic zone, 200km off the coast of Hokkaido in Japan.

The test prompted South Korea and the US to hold joint air force drills in response.

Deviating from Apec’s agenda at the summit in Bangkok, US vice president Kamala Harris called the missile test a “brazen violation” of multiple United Nations resolutions and “destabilizing acts”.

“We strongly condemn these actions, and we again call for North Korea to stop further unlawful, destabilizing acts,” she said at the start of the meeting. “On behalf of the US, I reaffirmed our ironclad commitment to our Indo-Pacific alliances. Together, the countries represented here will continue to urge North Korea to commit to serious and sustained diplomacy.”

She vowed to take “all necessary measures” to guarantee the safety of its mainland and allies South Korea and Japan.

The missile that was airborne for more than an hour prompted the commander of the United States Air Force 35th Fighter Wing to order all personnel at Misawa airbase in Japan to seek cover as a precautionary measure as it was still ascertained where will the missile land.

It covered a distance of approximately 1000km (620 miles) and reached the highest altitude of around 6,000km (3,700miles), according to South Korean and Japanese officials.â

The missile had enough range to hit the entire US mainland and deliver a nuclear warhead, Japan’s defence minister Yasukazu Hamada said.

The White House in a separate statement said it condemns North Korea’s “dangerous and reckless decision to launch a long-range ballistic missile over Japan”.

“This action is destabilizing and shows the DPRK’s blatant disregard for United Nations Security Council resolutions and international safety norms,” it added, referring to Pyongyang with its official name.

Describing the latest incident as “reckless actions”, Australian prime minister Anthony Albanese said the missile launches demand a global response and Canberra stands ready to be part of it.

“These unprecedented multiple ballistic missile launches undermine our security. They are reckless actions,” he said .“We stand with the world, and indeed with our allies, in opposing and condemning this action in the strongest possible terms.”

In a contrasting response, Russia blamed Washington for testing Pyongyang’s patience and said it is concerned by the developments in the Korean Peninsula.

Russian deputy foreign minister Sergey Ryabko said: “It is like they [the US and allies] are testing Pyongyang’s patience. We are following developments with concern.”

Russia’s response comes as it continues its onslaught of attacks on Ukrainian cities, launching an invasion on 24 February this year.

“There is the possibility that NorthKorea will launch further missiles,” he warned.

South Korea‘s president Yoon Suk-yeol, who vowed to take a stronger line against the Kim Jong-un regime, ordered officials to push for strong sanctions against NorthKorea.

Pyongyang has test-fired at least 88 ballistic and other missiles this year, marking a record number of launches than any previous year. In recent days the tests have become more provocative as the Kim regime stepped up tests against South Korea-US-Japan drills.

Gaza fire kills 17 from one family during birthday party