‘We will never concede’: Trump vows to fight on during DC…

Covid: From boom to bust – why lockdown hasn't… 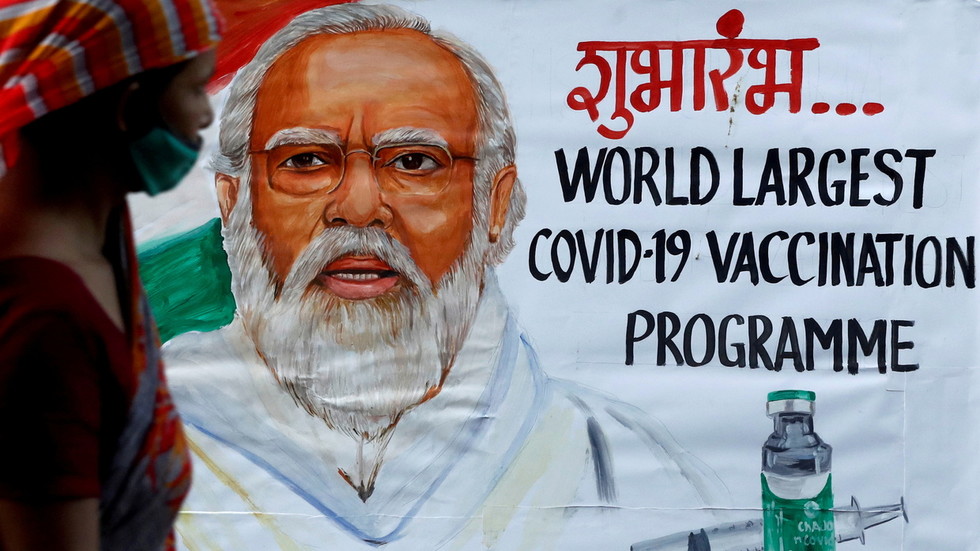 On Friday, the Drug Controller General of India gave the green light to Zydus Cadila’s Covid-19 vaccine. The inoculation, now the sixth such to be approved in India, has received Emergency Use Authorization (EUA) for use in adults and children aged 12 and above.

The generic drugmaker, which applied for authorization of its three-dose vaccine in July, enlisted 28,000 volunteers into its trial. Data from the late-stage trial suggested the jab was 66.6% effective at preventing symptomatic Covid-19.

The vaccine, known as ZyCoV-D, is the world’s first vaccine against Covid-19 that uses plasmid DNA technology. It works by injecting genetically-engineered plasmid containing the DNA sequence of the pathogen.

Cadila’s vaccine was developed in partnership with India’s Department of Biotechnology and is the second home-grown shot to be approved for use against Covid-19; the first being Bharat Biotech’s Covaxin jab.

Instead of traditional syringes, the vaccine is administered using a needle-free applicator. The system delivers medicine to intramuscular and subcutaneous tissue depths without needles, which may prove particularly useful in a world competing for needles and syringes.

Cadila has already started stockpiling its vaccine and hopes to make 100 million to 120 million doses every year, enough for 40 million people, the company’s managing director told Reuters in April.

Despite being one of the world’s largest vaccine manufacturers, India’s Covid-19 inoculation program has fallen flat amid a shortage of shots. Delhi has been pushing for ‘Atmanirbhar Bharat’, a Hindi phrase roughly translating as ‘self-reliant India’, in a number of fields, including defense technology and medical products. The vaccination program was meant to reflect India’s self-reliance and burgeoning manufacturing capacity in the medical and pharmaceutical industry.

As the Delta variant caused a surge in cases earlier in 2021, Delhi moved to prevent the export of vaccines, redirecting shipments for Indian needs.

Haiti earthquake: Tensions rise in struggle to get aid to victims

NATO’s reluctance to admit Ukraine into transatlantic alliance is sign that Russia is ‘increasing its clout,’ Zelensky complains

Evergrande set for restructuring, with no word on first formal default

Beyond Ukraine, plenty of issues for Biden-Putin talks