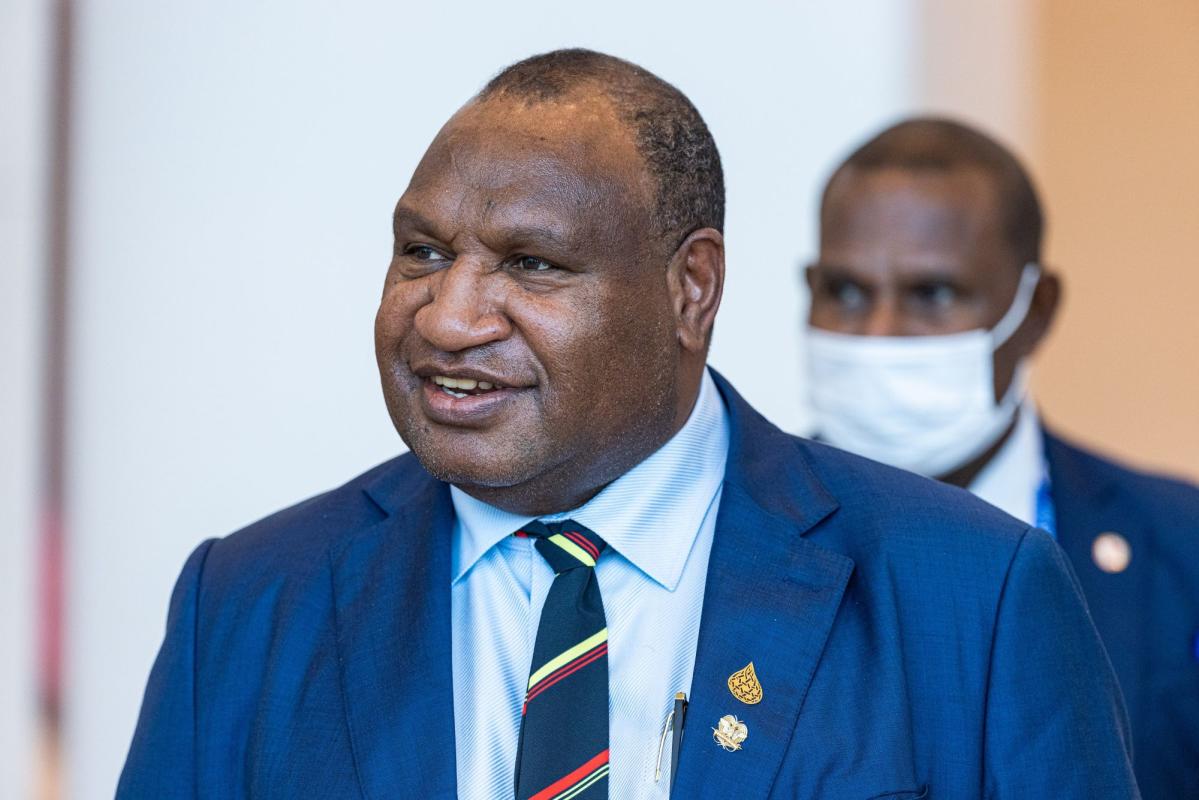 (Bloomberg) — Chinese President Xi Jinping has never expressed interest in a military base in Papua New Guinea, the nation’s leader said, amid growing concerns among US allies about Beijing’s security interests in the Pacific.

Speaking to Bloomberg at the Asia Pacific Economic Cooperation summit in Bangkok, Prime Minister James Marape said the two men had only discussed “what they could do for business for us” during a 20-minute conversation on Friday.

“Nothing about military, nothing about aid and grants,” he said when asked what they discussed.

“Let me be open and candid,” Marape added. “China has never, never expressed clearly their interest for military base or presence of that nature in PNG.”

Papua New Guinea is the largest Pacific nation with more than nine million people, and is rich in natural resources including gold, timber and seafood. In recent years, growing competition between the US and China in the Pacific has put Papua New Guinea in the spotlight, due to its economic ties with Beijing and its historical links with Australia, which administered the country until its independence in 1975.

Both the US and Australia have stepped up their diplomatic lobbying in the Pacific after the Solomon Islands and China signed a security agreement in April. For the first time ever, in September US President Joe Biden hosted all Pacific leaders including Marape at the White House.

Why US-China Competition Is Heating Up in the Pacific

Marape said he was “concerned” about the rising politicization of the Pacific, but both Xi and Biden have focused on economic rather than security ties in conversations with him. He said he hoped that the Pacific could be “a middle ground,” rather than a place of militarization and conflict.

“Tolerance of diversity of interests can find its place in this sort of middle ground,” he said, repeating the Pacific Islands’ foreign policy mantra: “Friends to all, enemies to none.”

“That foreign policy outlook runs deep in our DNA,” he said.

During his trip to Bangkok, Marape also met with Secretary of State Antony Blinken to discuss their “shared goal of strengthening our bilateral relationship based on mutual interests in ensuring peace, prosperity, and security in the Indo-Pacific,” according to a US readout. The US plans to open a new embassy in Port Moresby later this month, Blinken said.

Marape said he had texted French President Emmanuel Macron to congratulate him on his speech to the APEC CEO Summit, where the French leader said it would be a “huge mistake” to divide the world into a US sphere and a China sphere.

The Papua New Guinea leader said during his meetings at APEC he had been keen to emphasize the need for greater foreign business investment in PNG, rather than development loans or aid payments. “We are open for business,” Marape said.

Marape said he was hopeful of striking a free-trade agreement with the Chinese government as soon as next year. In his conversations with the Xi, Marape said China had offered to buy “anything you produce.”

–With assistance from Iain Marlow.

Accused Albany bishop asks to be removed from priesthood

Welcome to the final round of group stage games at the 2022 World Cup. The final games of the group...