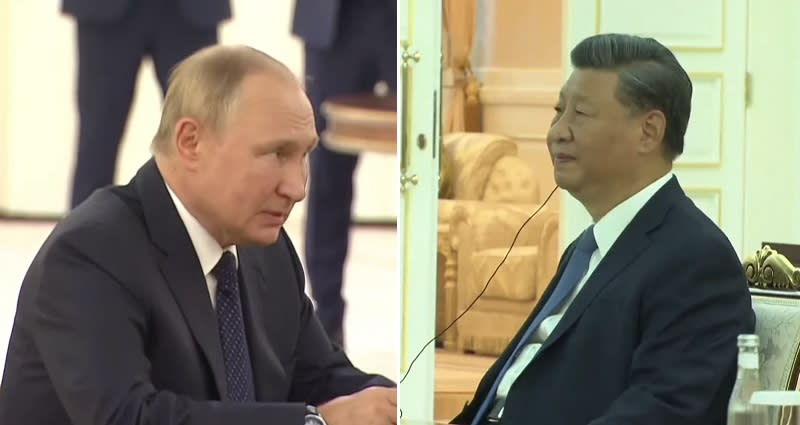 Chinese President Xi Jinping has reportedly told Russian President Vladimir Putin that China is ready to team up with Russia during their sideline talks at the Shanghai Cooperation Organization’s summit in Uzbekistan.

Addressing Putin as his “dear and long-time friend,” Xi said the two leaders had maintained “effective strategic contacts, particularly through phone calls” amid the COVID-19 pandemic, according to Russian news agency TASS.

Xi and Putin held their bilateral talk at the Forumlar Majmuasi Complex in Samarkand, Uzbekistan, on Thursday.

“In the face of the colossal changes of our time on a global scale, unprecedented in recent history, we are ready to team up with our Russian colleagues to set an example of a responsible world power and to play a leading role in putting a rapidly changing world on the track of sustainable and positive development,” Xi told Putin.

More from NextShark: Korean ex-Navy SEAL and YouTuber Rhee Ken says he is in Ukraine ‘to fight in the frontlines’

Xi noted that bilateral cooperation in various fields, such as the Year of Sports Exchange activities that are already underway, has been progressing steadily, China’s Ministry of Foreign Affairs said in the meeting’s readout.

Xi said China would work with Russia to “extend strong mutual support on issues concerning each other’s core interests” and deepen their cooperation in several areas, including trade, agriculture and connectivity.

“The two sides need to enhance coordination and cooperation under multilateral frameworks including the Shanghai Cooperation Organization (SCO), the Conference on Interaction and Confidence-Building Measures in Asia (CICA) and the BRICS to promote solidarity and mutual trust among the various parties, expand practical cooperation, and safeguard the security interests of the region as well as the common interests of the developing countries and emerging markets,” the Ministry of Foreign Affairs said.

More from NextShark: Woman Exposes NYC Man Coughing on Asians for ‘Being Racist as a Minority Himself’

Putin met with Xi for the first time in-person since Russia’s invasion of Ukraine in late February. Although the Russian president praised China’s “balanced position” on the matter, he conceded that Beijing had “questions and concerns” over Russia’s military action.

“We highly appreciate the balanced position of our Chinese friends in connection with the Ukrainian crisis,” Putin said. “We understand your questions and concerns in this regard.”

Before becoming the close allies they are today, China and Russia had a brief history of territorial disputes in 1969, resulting in China turning to the United States in 1972. Their relationship began improving in the mid-1980s after Mikhail Gorbachev took charge of the Kremlin.

During the Ukrainian invasion, China has implied support for Russia and its military actions. Meanwhile, Russia condemned U.S. lawmakers’ visits to Taiwan following U.S. House Speaker Nancy Pelosi’s trip as part of her congressional delegation in Asia in early August.

Responding to the Thursday meeting, National Security Council Coordinator for Strategic Communications John Kirby told CNN about their message to China, saying, “This is not the time for any kind of business as usual with Mr. Putin, given what he’s done inside Ukraine.”

“This is not the time to be isolated from the rest of the international community, which has largely condemned what he’s doing in Ukraine and not only condemned it, but stepped up to help the Ukrainians defend themselves and their territorial integrity,” Kirby added

More from NextShark: BLM sign vandalized to read ‘Asian’ instead of ‘Black’ being investigated as hate crime by Palo Alto PD

The meeting between Xi and Putin came as Ukraine launched a series of successful counter-operations in eastern Ukraine to take back more captured land.