US hits Russia with sanctions for annexing Ukrainian regions 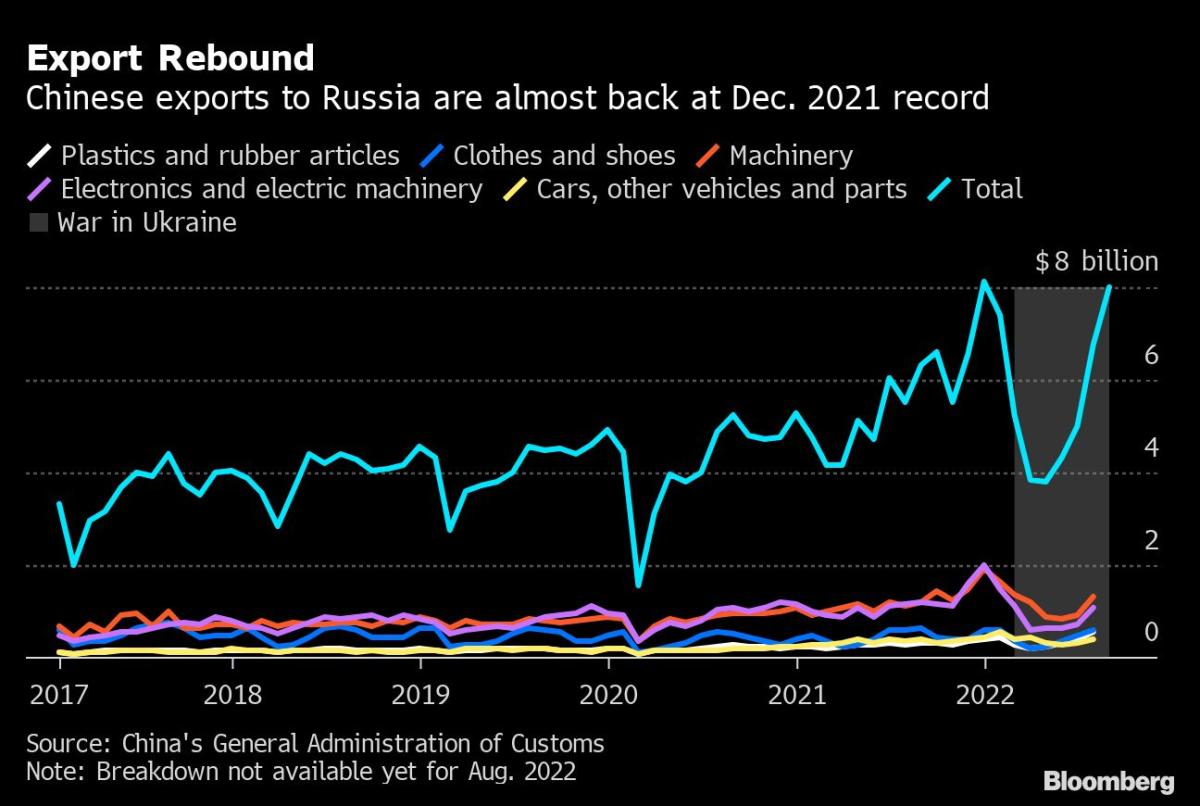 (Bloomberg) — Shortly before invading Ukraine in February, Vladimir Putin and Xi Jinping declared a “no limits” friendship. Yet even as his forces suffer humiliating losses on the battlefield, Russia’s president shouldn’t expect much help at his first meeting with his Chinese counterpart since then.

Xi and Putin meet face-to-face in Uzbekistan on Thursday in their first sitdown since a Beijing meeting before the Winter Olympics that yielded a lengthy joint statement of more than 5,000 words. In it, they vowed to have “no ‘forbidden’ areas of cooperation” in challenging the US-led global order and pushing for a multipolar world.

Yet China appeared caught off guard when Putin invaded Ukraine a few weeks later. Officials in Beijing initially struggled to both support Russia and avoid endorsing a clear violation of sovereignty — a pretext that could be used to justify foreign intervention in Taiwan, which China claims as its territory.

China’s diplomatic backing for Russia eventually solidified over the months, and strengthened further after US House Speaker Nancy Pelosi visited Taiwan in August. Last week, Li Zhanshu — China’s No. 3 official — visited Moscow and told Russian lawmakers that Beijing’s leaders “fully understand the necessity of all the measures taken by Russia aimed at protecting its key interests.”

But while trade has picked up even as the US and its allies have imposed sweeping sanctions on Russia, Beijing has stopped short of sending military supplies or financial support that might make it a target of such restrictions. And, despite recent fears among some financial investors, Beijing’s position is unlikely to change even if Putin on Thursday asks Xi for military assistance in Ukraine following heavy Russian losses in recent weeks.

“Chinese officials talk about a partnership ‘without limits,’ but Russia and China have always agreed to disagree on numerous issues,” said Elizabeth Wishnick, a senior research scientist at the CNA, a security think tank in Washington.

“I don’t think Chinese military aid to Russia is likely due to the sanctions and strong international opprobrium that would ensue,” she added. “This would also contradict Chinese claims that western military support for Ukraine perpetuates the war.”

Putin in recent days has seen some of his biggest losses since the war began, with Ukraine saying it retook more than 6,000 square kilometers (2,300 square miles) of land in a counteroffensive that has shifted the momentum of the conflict. Although Russia still controls about one-fifth of Ukrainian territory, fears are rising that Putin may seek further escalation to regain the upper hand.

While Xi sees Russia as an important diplomatic ally to resist the US, particularly its military alliances and control of the global financial system, he has few domestic incentives to get involved. The Chinese leader is set to secure a third term in power at a party congress next month while also dealing with an economic slowdown and a property crisis.

What’s more, sending troops or weapons would mark a violation of sovereignty, undercutting China’s own stated positions. The Kremlin has had to turn to Iran and North Korea for drones and ammunition, according to the US.

Any Chinese loss of life or economic hardship exacerbated by financial sanctions only risks blowing back politically on the Communist Party, which has vowed to raise living standards among the masses and even locked down major cities to keep people from dying of Covid.

China has several ways to show more support for Russia that would not fundamentally shift its position on the conflict, said Amanda Hsiao, senior analyst at Crisis Group, a Brussels-based policy research organization.

That includes using the Shanghai Cooperation Organization meeting in Uzbekistan to show the world that Putin isn’t isolated, as well as potentially participating in more military exercises with Russia, she said.

China and Russia’s economic ties have grown despite US and European sanctions in the war. Dominated by energy and other commodities, Russia’s exports to China jumped nearly 50% to $40.8 billion in the first five months of the year.

China has also helped fill a void left by fleeing foreign firms with cars, televisions and smartphones as its exports to Russia recover after a lull following the invasion. Its exports to Russia of integrated circuits and other semiconductor components, and the machines that make them, rose to $155 million in the first seven months of this year, up almost 27% compared to the same period in 2021.

“So far China has provided political and moral support to Moscow but has refrained from providing military assistance and toed the line on sanctions,” Hsiao said. “This posture reflects a balancing of its strategic interests with its economic ones — these interests will continue to guide Beijing’s positioning going forward.”

Putin’s insistence that the war is going great is shooting Russia in the foot as it desperately tries to find new soldiers, experts say