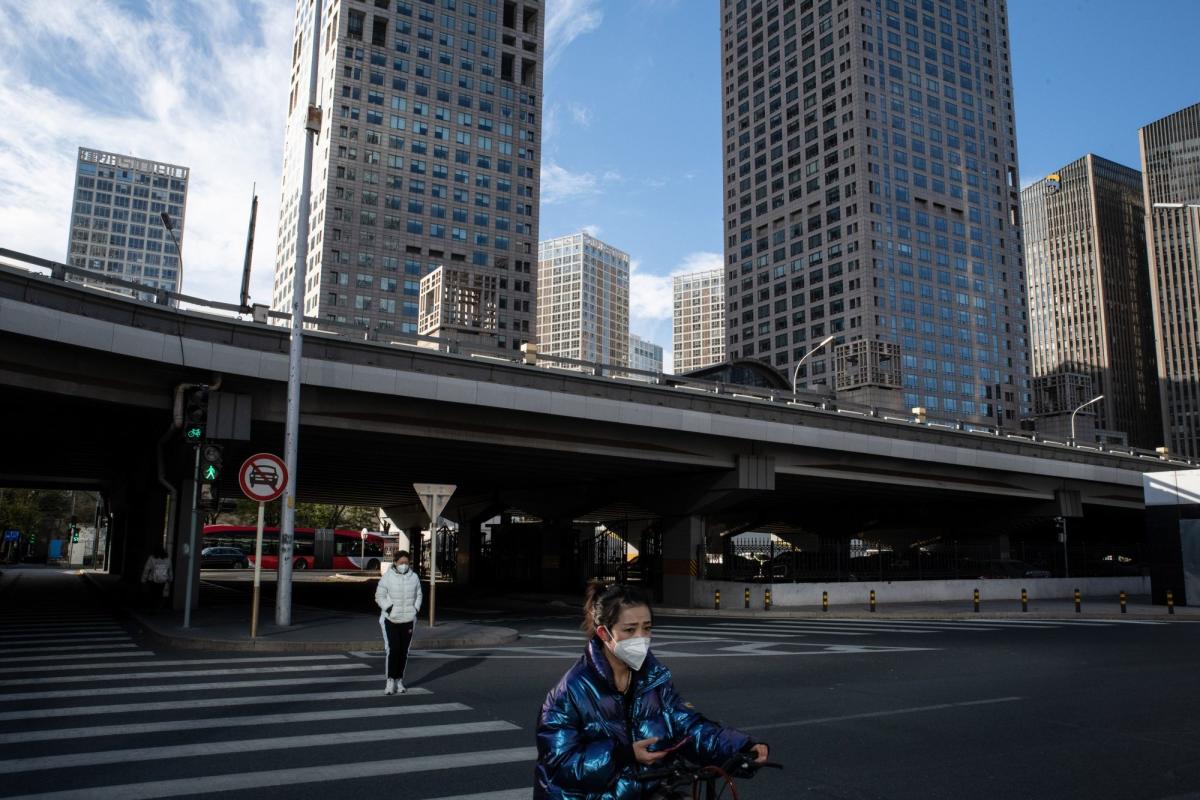 (Bloomberg) — The yuan fell, the Australian dollar led commodity currencies lower and the greenback strengthened against most major peers as protests in China against Covid curbs cast a shadow over risk sentiment in global markets.

Before it becomes clear how Beijing will respond to the latest surge in discontent, the threat of rising social instability and a government crackdown will likely prompt investors to shift toward haven assets such as the dollar, yen and Treasuries. Rising risks may also weaken demand for stocks, commodities and currencies tied to trade with China, including the Aussie and South African rand.

The dramatic turn of events adds fresh uncertainties to the outlook for the world’s second-largest economy and its markets, just as some recent loosening of virus controls and sweeping property rescue efforts have helped Chinese stocks stage a remarkable rebound. The protests, triggered by a deadly fire in an apartment block under lockdown in a western city, also threaten to further dilute a moderate, well-anticipated monetary easing step by China’s central bank Friday.

“Sentiment may take a hit as the protests fuel concern over social instability in China and foreign investors may trim exposure to Chinese investment,” said Ken Cheung, chief Asian FX strategist at Mizuho Bank Ltd. in Hong Kong. “It appears that the Zero Covid policy is reaching its tipping point. More easing or refinement on the Covid measures will be needed to curb discontent.”

The yuan will likely weaken while haven demand may boost the greenback, Cheung said.

The offshore yuan fell 0.5% in early Asia trading, according to Bloomberg data. The Aussie slipped as much as 0.6% to 0.6713 US cents. South Africa’s rand weakened 0.5% and the New Zealand dollar dropped 0.3%.

Optimism had re-emerged in Chinese markets since Beijing cut quarantine periods and dialed back testing on Nov. 11, triggering a rally that’s added almost $370 billion to the value of equities in the MSCI China Index. The yuan surged to an eight-week high earlier this month, while stronger measures to ease property woes also led to a rebound in developer bonds.

The protests, however, may dampen the mood especially now that some investors are starting to think that Chinese stocks may have reached a crossroads after the recent sharp gains. This has come despite a growing chorus of bullish China calls on Wall Street that cited cheap valuations and friendlier policies.

In global markets, the unrest in China may also dash hopes for a gauge of emerging-market currencies to record its best monthly rally in six years.

“The market volatility may persist for a while until people are convinced about the consistency of the logic behind” China’s Covid management measures, said Tommy Xie, head of Greater China research at Oversea-Chinese Banking Corp. “Whenever the implementation contradicts what’s being laid out in the Covid policy, the market will be confused and risk appetite will take a hit.”

Elon Musk Email Was Old News. He Still Likes His Advice For Managers.

A Palestinian gunman killed at least seven people and wounded three others in a synagogue on the outskirts of Jerusalem...