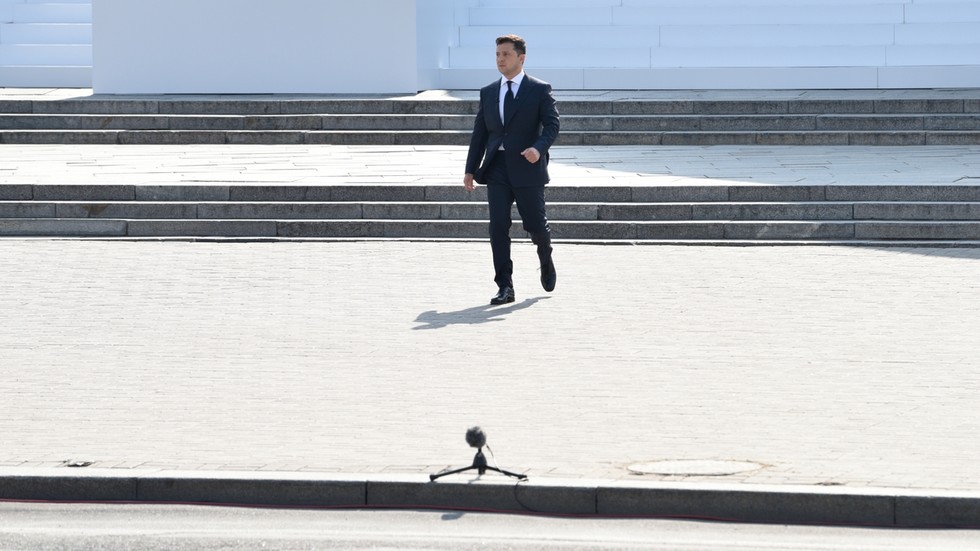 The people of Russia and Ukraine can never be divided, and they will never be set at odds, despite the efforts of the Zelensky government in Kiev to stoke “ethnic hatred,” the leader of the country’s opposition has claimed.

Viktor Medvedchuk’s comments came after authorities in the Ukrainian capital demolished a monument in Kiev dedicated to friendship with Moscow.

“The dismantling of the memorial sign commemorating friendship between Kiev and Moscow is more evidence of the Ukrainian authorities’ ineptness as they continue to seek to incite inter-ethnic hatred and manipulate historical facts,” he said on Monday, stating that the “Russia-hating authorities” will never be able to set the two populations against each other.

Medvedchuk is the head of the second-largest party in Ukraine’s parliament, Opposition Platform – For Life. He is currently under house arrest, facing charges of alleged high treason. The politician contends that the arrest is linked to the growing popularity of his party in the polls, which draws the majority of its support from native Russian speakers in the east and south of the country. The group advocates the reversal of the government’s course since the 2014 Maidan and seeks reconciliation with Moscow.

According to local Kiev councilor Alina Mikhailova, the monument “glorifying an occupying state” will be placed in the “museum of totalitarianism.” According to Medvedchuk, this is part of Ukraine’s way of rewriting history and turning the country into an anti-Russian entity.

“This is the essence of Ukraine’s present-day totalitarian policies that the authorities are trying to impose on all,” Medvedchuk said.

Last week, when speaking to Russia’s Channel 5, the politician said that the issues between Ukraine and Russian people “eventually will come to an end.”

“Indeed, there are certain contradictions in terms of these peoples having their national characteristics,” he said. “But these peoples can never be hostile.

“I am sure that both Russian and Ukrainian people will remain, like the Belarusian people, fraternal nations, Slavic nations,” Medvechuk asserted.

Qatar May Struggle To Deliver The New-Look Taliban It Hyped