Columnist Brian Howey wonders: Should we be concerned about a nuclear war?

Does Israel need to prepare? Who attacked Iran and what Tehran's response will be

UN expert: Deaths of Bangladeshi migrants should be probed 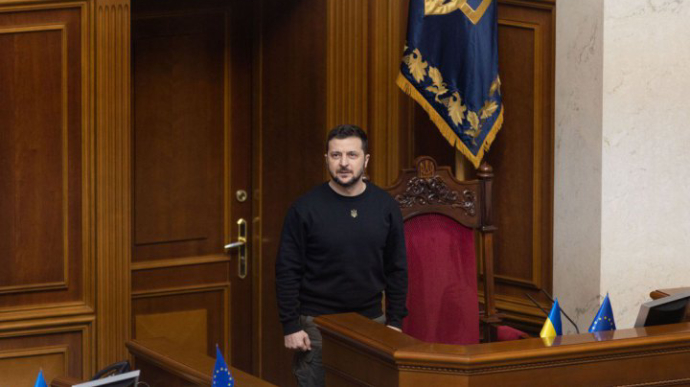 Ukrainian President Volodymyr Zelenskyy wants to visit the United Nations to address a high-level meeting of the 193-member General Assembly on the eve of the first anniversary of Russia’s 24 February invasion of Ukraine, if the security situation permits.

According to her, many factors are needed to make Zelenskyy’s trip possible, given the military situation in place and the warning of Ukrainian intelligence that Russia is planning a serious offensive in February.

Quote from Dzhaparova: “Our president would want to come, he has a will or intention to come, but it’s still a question if there will be a security situation that will allow him to come.”

If Zelenskyy does come to the UN, it would be only his second trip outside Ukraine since the full-scale invasion. He made a surprise visit to Washington on 21 December to meet his most important backers in the war against Russia, President Joe Biden and members of Congress.

Ukraine’s UN Ambassador Serhii Kyslytsia said the General Assembly has already scheduled a high-level debate on the war on 23 February, which will be followed by a ministerial meeting of the Security Council on 24 February.

Dzhaparova said Ukraine would like to see the assembly adopt one of the two resolutions that Zelenskyy wants to see approved on the eve of the anniversary of the invasion.  Ukraine is consulting with its partners on the two measures, one that would support the president’s 10-point peace formula that includes the restoration of Ukraine’s territorial integrity and the withdrawal of Russian forces, and the other that would establish a tribunal to prosecute crimes of aggression.

In late December, Ukraine’s Foreign Minister Dmytro Kuleba told AP that the government wanted a “peace formula” summit by the end of February at the UN, with Secretary-General Antonio Guterres as mediator.

RIVIERA BEACH — City police are searching for the person who shot a man to death outside a convenience store...

The operatives running former President Donald Trump’s cash-flush super PAC met quietly in December to sketch out their lines of...

The Bengals cost themselves a shot at the Super Bowl in a last second loss to the Chiefs.

Love Island fans rejoiced as Lana Jenkins finally hit back at Ron Hall in Tuesday’s episode, after he confessed his...