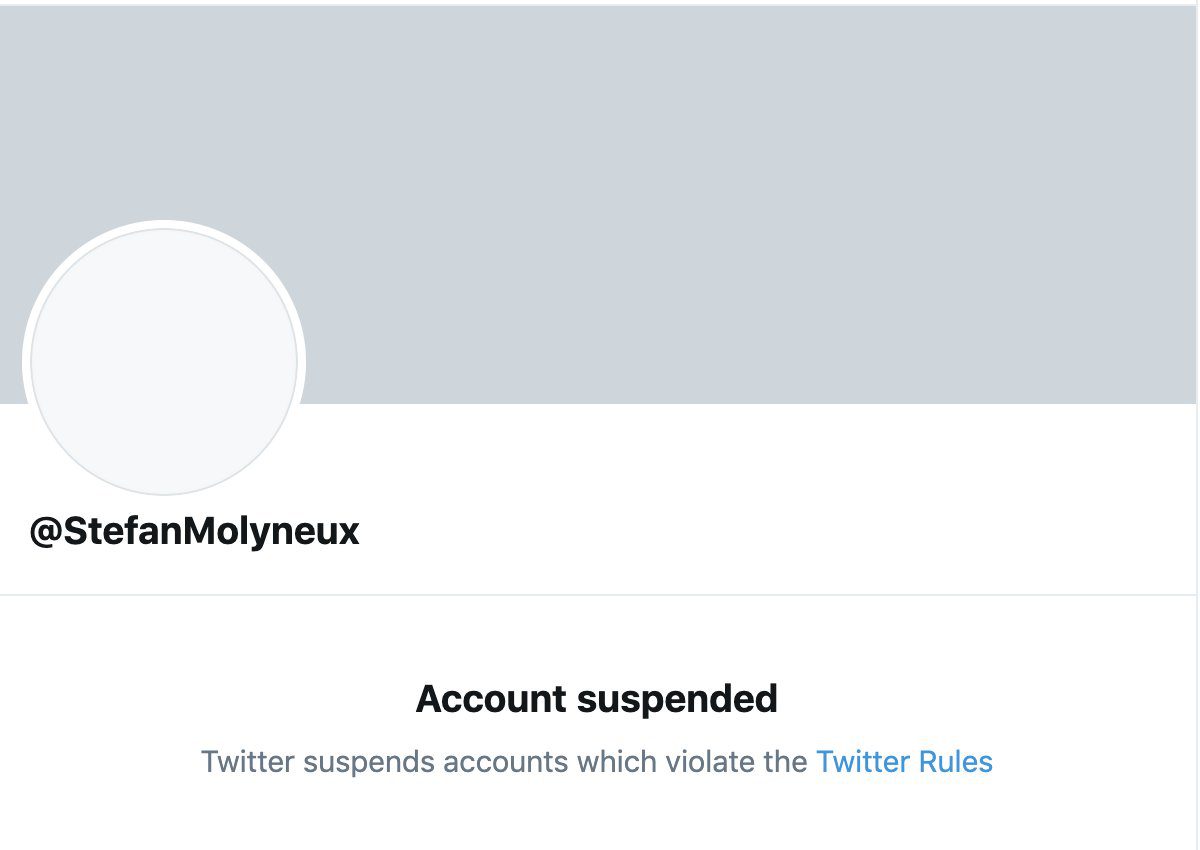 Who is Stefan Molyneux?

A Canadian far-right, white nationalist podcaster known for his promotion of conspiracy theories, scientific racism, eugenics, and white supremacist views but he calls himself a philosopher. Stefan’s channel on YouTube was also suspended days before.

Has Stefan joined Parler? it seems like yes he has…… do let me know on Social Media about the decision taken by YouTube and Twitter to suspend Stefan.

Here’s what the Twitterati saying on the suspension of Stefan’s account.

Just days after being banned from @YouTube, Stefan Molyneux has been permanently banned from Twitter. Spokesperson for Twitter says Molyneux was operating fake accounts and spreading hate speech pic.twitter.com/j693glJnbW

BREAKING: The biggest philosophy conversation and the best philosopher in our time, Stefan Molyneux, has been BANNED from both Twitter and Youtube.

Just kidding. He's a 53 y/o incel and white supremacist with a poland fetish and is lower than scum. Bye bye asshole!

I cannot tell you how overdue Stefan Molyneux's suspension from Twitter is. Molyneux has used his account to post a litany of racist, anti-Semitic, misogynistic, and xenophobic content for years. I almost have to wonder what finally did it.

#StefanMolyneux isn't even controversial. He disseminates factual data that makes the PC crowd uncomfortable because it debunks the narrative.

He's being universally deplatformed because he won't conform to groupthink.

The left is coming for all of us.

Stefan Molyneux banned from Twitter. Will Trump be next? https://t.co/YhKVyyGYHd