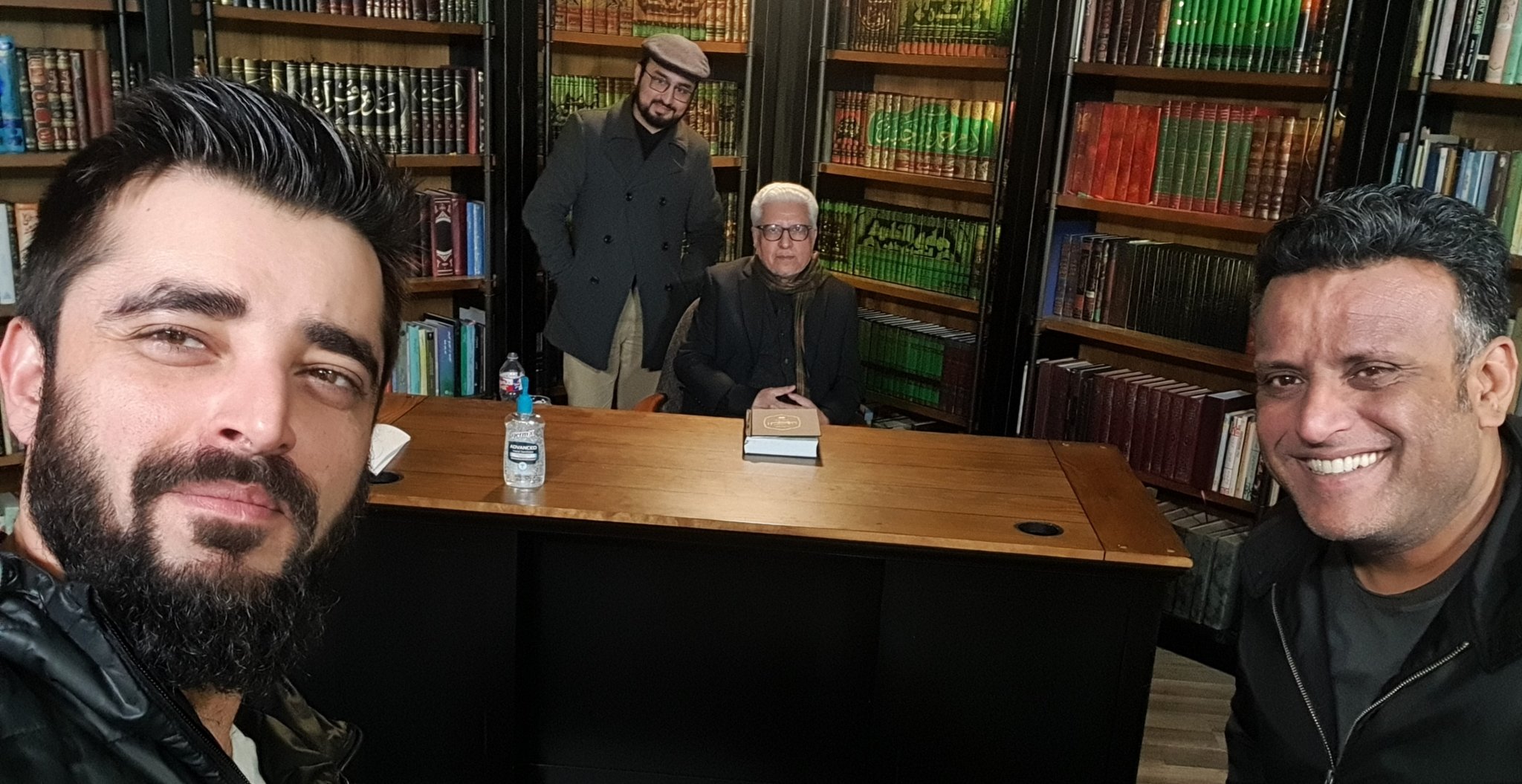 Hamza Ali Abbasi is a Pakistani actor and a model who recently involved himself in the controversy. The hashtag Shame on You Hamza Ali Abbasi #ShameonyouHamzaAliAbbasi has become a top trend in Pakistan after he passed some “controversial” Islamic views.

I have talked about these matters in detail in my web series Conversing Islam available on YouTube for anyone interested. For more details you can also see 👉🏻 @GhamidiCIL & check out Ghamidi Center of Islamic Learning on YouTube https://t.co/cj62EE8p1X pic.twitter.com/8L9I5O7jqh

Actor Hamza Ali Abbasi found it costly to express controversial views on sensitive issues of Islam. He is a follower of Javed Ahmed Ghamidi who is an Islamic scholar. Hamza Abbasi wrote in his long post on Twitter that I am a Muslim and I believe that Hazrat Muhammad Mustafa (PBUH) is the last Prophet and Messenger of Allah.

Hamza Ali Abbasi further said that at the time of her marriage to the Holy Prophet (PBUH), Hazrat Ayesha Siddique (RA) was not 7 or 9 years old but 17 to 19 years old.

He said that all kinds of art and music are conditionally allowed in Islam while Muslims are not allowed to fight non-Muslims for any reason other than oppression, coercion, and self-defense.

He said that Muslims are not allowed by God to enforce Islam by force and to subjugate non-Muslims politically and militarily for religious reasons. Islam is a message that needs to be accepted/enforced or rejected only through free choice.

He said that Hazrat Muhammad (PBUH) was the last person who had direct contact with Allah. The last messenger, prophet, imam, and prophethood, all forms of prophethood and imamate ended on him and I am sure that Jesus is dead.

#shameonyouhamzaaliabbasi
You need to correct yourself first before declaring your foolish statements about Imam Mahdi (AS) and Essa (AS) both will come before the day of judgement! We don't need your Ghamdi's DEEN! 🙏🏻 pic.twitter.com/j3YOeHYrIw

You must first drown in shame. Every Muslim knows that Hazrat Eesa and Imam Mahdi (AS) will come before the Day of Resurrection because having belief in Doomsday is one of the fundamentals and pillars of faith. #shameonyouhamzaaliabbasi pic.twitter.com/pZ9AzZkDzU

Imam Mahdi is not a Prophet but he will come, he's an Imam. He will establish justice, he will spread peace, he's coming very soon In sha Allah. Get your facts checked. Don't spread misinformation regarding Islam. #shameonyouhamzaaliabbasi pic.twitter.com/XcBCxDqyRp

Imam Mahdi (a.s)(ajtf) is from my progeny & when he reappears, Jesus (a.s) the son of Mary, will descend to help him. He will follow Mahdi (a.s) and pray behind him.
—Prophet Muhammad (saww) #shameonyouhamzaaliabbasi pic.twitter.com/7ry82GWV4G

This person is not only denying the life of Jesus but also denying the Qur'an and Hadiths #shameonyouhamzaaliabbasi pic.twitter.com/diJTGjBO1A

Related Topics:hamza ali abbasi
Up Next