Karachi: In the fourth match of PSL 7, Quetta Gladiators easily defeated Karachi Kings by 8 wickets. Karachi could not even bat properly in the 20 overs, King’s fans were disappointed during and after the match. It was a one-sided game.

Karachi Kings were bowled out for just 113 in the face of Naseem Shah’s devastating bowling, while Quetta Gladiators completed the target in the 16th over for just two wickets. Quetta Gladiators’ opening batsmen made a partnership of 76 runs and snatched the match from KK.

Naseem Shah with his fast and swing bowling bowled out the key players of KK one after the other and showed the way to the pavilion to 5 players for only 20 runs. Babar Azam of Kings scored 32 runs, Imad Wasim 26, and Aamer Yamin scored 20 runs. Gladiator’s Sohail Tanveer took 2 wickets, Hasnain took 1, Nawaz, and James Faulkner took 1 1 wickets each. 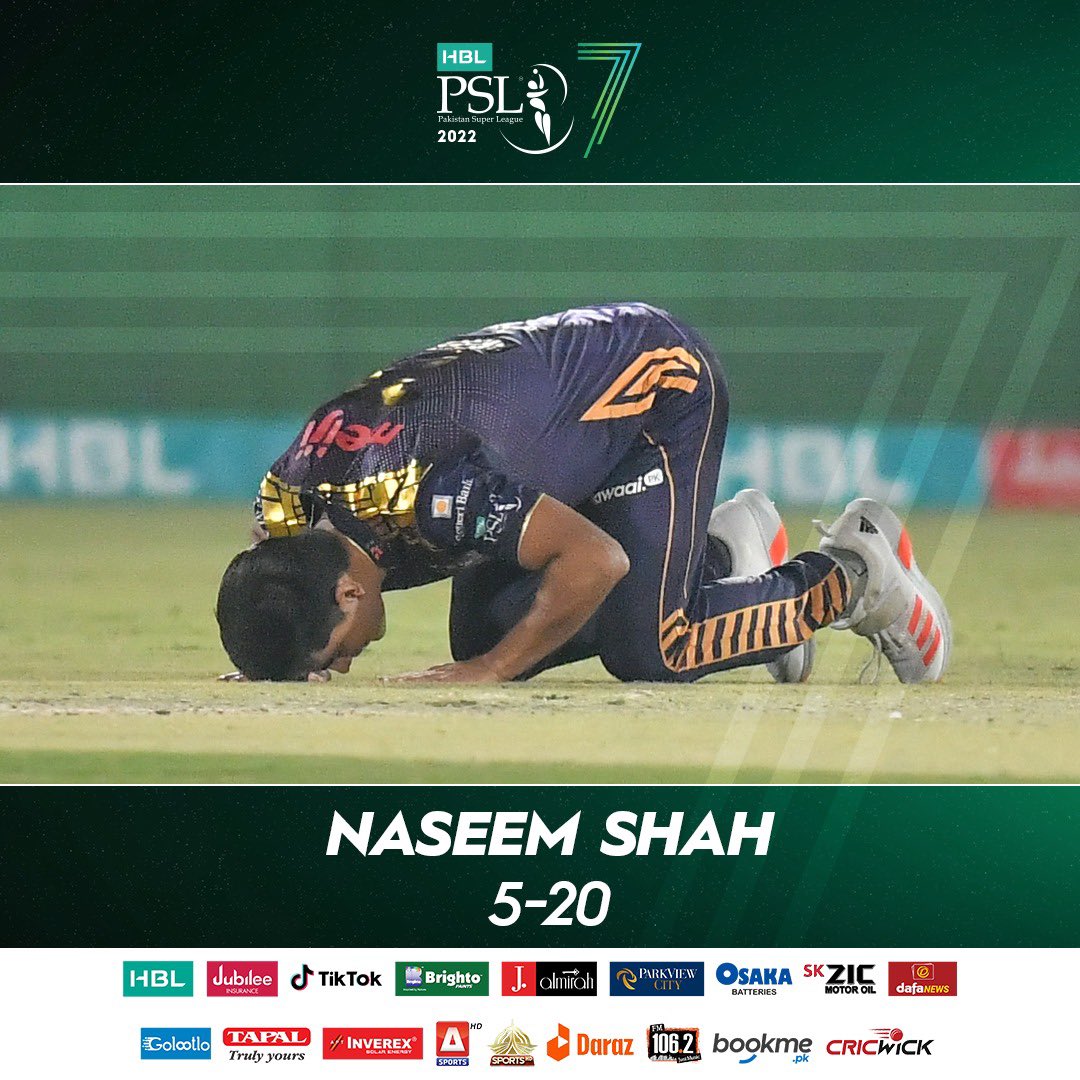 Naseem Shah becomes the man of the match for his extraordinary performance in bowling.