Business restored in Karachi and Sindh as Lockdown in Sindh eases 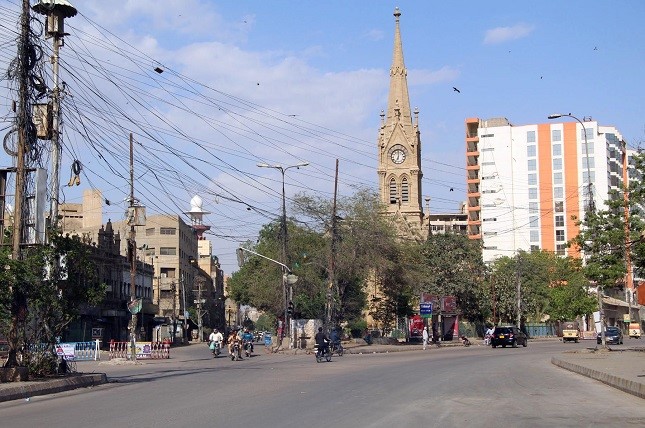 According to the provincial government notification, people belonging to different sectors in Lockdown have been allowed to open businesses from today in Karachi & Sindh.

Businesses in Sindh have gradually started to recover after receiving permission from different sectors.

Light business activity has been visible in Karachi Old Area as the construction sector has begun and building material shops have opened after the PM order of Business restored in Karachi.

Traders say police are not allowing shops to open, while police say they do not have permission to do business and we have not received any information regarding this but the government has allowed them to open a business from today.

Partial restoration of business in Sindh

Meanwhile, business life has begun to be partially restored in the city of Jacobabad, and after the announcement of softening in Lockdown, tailor, barber, photos estate, and painter shops have opened and police have been removed from major highways.

The Federal Government has extended the nationwide lockdown for another two weeks until April 30, but some sectors have been allowed to operate in the meantime.

Karachi Tajir and Sindh Tajir Ittehad announced yesterday that from 15th April we will open a business but later at night after meeting with commissioner Karachi and IG Sindh Ghulam Nabi Memon they have postponed opening business for the next 2 days, according to Rizwan Irfan and Jameel Paracha, Commissioner Karachi told us that we are making SOPs and we will arrange a meeting of yours with CM Sindh Murad Ali Shah in next 2 days.

What is open and what is closed?

As per the notification of the Sindh Home Department, additional facilities and luxury companies, shops and markets will remain closed.

Online services are allowed for delivery under SOPs which can deliver essential goods and medicines but the delivery of food to home will not be allowed. It will be the Company’s responsibility to provide hand sanitizers and glues to Delivery Boy.

Health and asylum-related industries are also being opened, but they also have to strictly follow the precautionary measures of labor training and the factory from which a corona patient is exposed will be closed.

There will be no meetings with the prisoners in the jail, public transport, and interstate buses will not be held, while gatherings at synagogues and religious places will be banned.

Medical stores away from grocery stores, petrol pumps and hospitals will have to close at 5 pm. In addition to the emergency, citizens will be allowed to exit and double ride.

According to Dow University treatment ready for corona virus patients