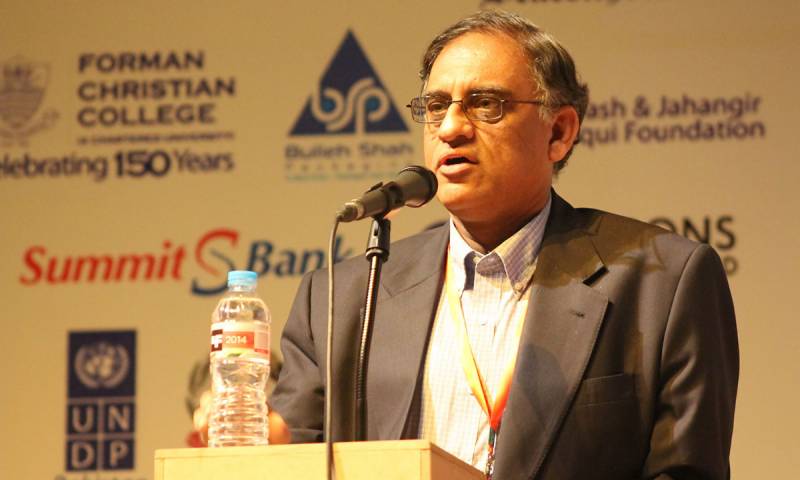 Asif Farrukhi born in September 1959 was a Pakistani Acclaimed fiction writer, literary critic, and academic passed away on June 1, 2020, in Karachi, he was 60. He received the Tamgha-e-Imtiaz by the President of Pakistan in 2005. In 1995 he received Prime Minister’s award for literature.

According to his personal physician, Asif Farrukhi died due to severe illness caused by food poisoning.

Farrukhi was a diabetic patient according to the sources, he was unwell for the past few days. His funeral prayers will be offered at Karachi University on June 2 after Asr prayer, after which he will be buried in the cemetery of Karachi University. He was a doctor by profession, Dr.Farrukhi received his early education at St. Patrick’s School in Karachi and later did his MBBS from Dow Medical College. He later graduated from Harvard University and worked on the faculty of Aga Khan University from 1985 to 1993.

From 1994 to 2014, Dr. Asif Farrukhi worked with UNICEF and in 2014 became affiliated with Habib University.

Indeed we belong to Allah, and indeed to Him we will return! Habib University today has lost a key founding faculty member of its community Dr. Asif Aslam Farrukhi. We request our readers to say a prayer for Dr. Farrukhi and may he rest in eternal peace. pic.twitter.com/ZvpEe3KI00

Follow Sportsmail’s live blog as we keep you updated with all the transfers and last-minute deals throughout Deadline Day.  The...

Bibb County Sheriff’s Office deputies arrested a Dry Branch, Georgia man after he led deputies on a chase. Deputies did...

Jack Hughes has lit the NHL on fire lately, registering 25 points in his last 14 games.

Even though the 2022 Florida State football season concluded just over a month ago, all eyes are already turned to...

Column: Bobby Hull was a Chicago Blackhawks legend, but he leaves a complicated legacy

Few things in sports were as memorable as a rush up the ice by the Chicago Blackhawks with Bobby Hull...