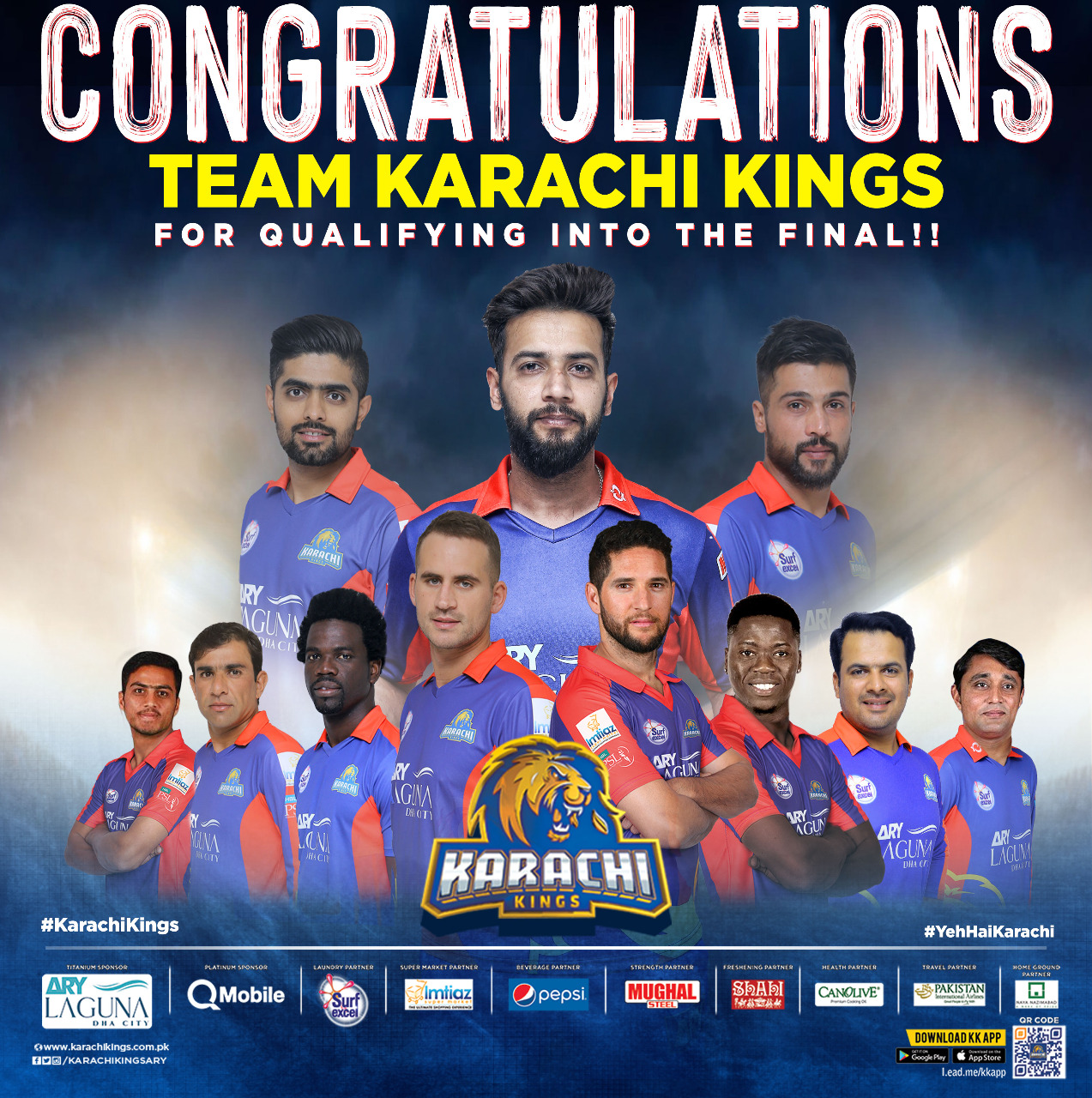 After winning the toss, the Kings decided to field first, restricting Multan to a very low total of 141/7. Karachi Kings were needed 7 runs in the last over of the match with 3 wickets in hand but Multan’s bowler Muhammad Ilyas made the match interesting after taking Muhammad Aamir’s wicket. Karachi needed 5 runs in 1 ball and all-rounder Imad Wasim hit the boundary and hence the match was tied between the two teams. the winner to be decided in the final super over.

The Kings scored 141 runs for the loss of 8 wickets in the stipulated 20 overs. Babar Azam was the most prominent batsman with 65 runs. His innings included 5 fours and 2 sixes.

Kings captain Imad Wasim was the second-best batsman. He remained unbeaten on 27 runs. Sohail Tanveer of the Multan Sultans took 3 wickets for 25 runs.

Among the other batsmen were Sharjeel Khan (4), Alex Hales (22), Iftikhar Ahmed (13), Shadow Walton (2), Ruder Ford, Wayne Parnell, and Mohammad Amir were all out for one run each. Waqas Maqsood remained unbeaten on one run.

Super Over Between Karachi vs Multan Sultans

Salman Iqbal, the owner of the  Kings, thanked Karachi

Finally we are in the finals! Thank u #Karachi , this is for you and @ProfDeano #YehHaiKarachi pic.twitter.com/Cc4UR4lMnB

You may prefer Pakistan Dossier on Indian Terrorism, ISI, DG ISPR and FM has Exposed RAW