KISS's Paul Stanley on painting, facepainting and why he switched to 'Bandit' makeup for one month in 1974

Julian Sands, 'A Room With a View' star, reported missing after hiking in California

Anne Heche said Ellen DeGeneres was the 'first and only woman that I ever fell in love with': memoir 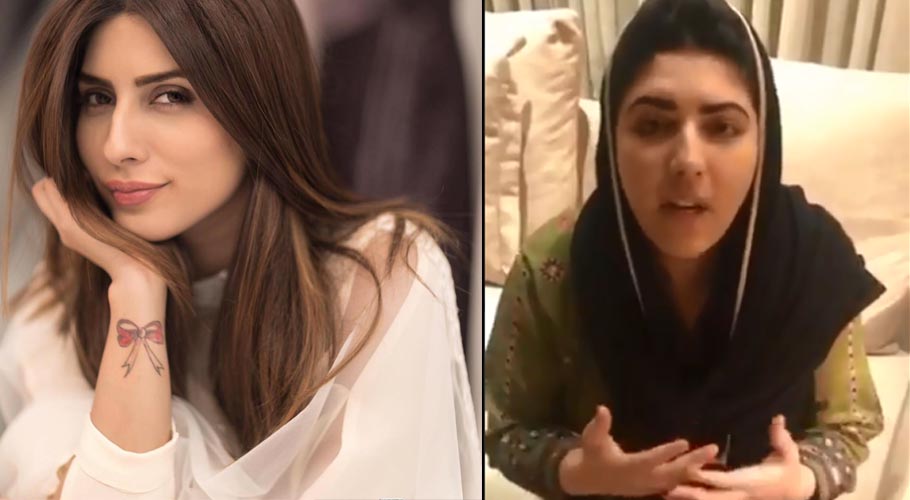 Today it is being trended in Pakistan on social media, but what is the real story? Uzma Khan’s sister confirmed the news.

Uzma Khan is a Pakistani film actress and model and Amna Malik is the daughter of property tycoon Malik Riaz. The story starts with the video which went viral by Malik Riaz’s Daughters.

EMEA TRIBUNE is waiting to hear from Malik Riaz’s daughters … if Amna is reading this news, please let me have your say on why Uzma cheated on you, was she demanding any money from you from the beginning? How much did Hassan Niazi ask of you?

Pakistani actress Uzma being assaulted inside her home by two women in Lahore caused outrage on social media but was that true? we will tell you but before that, we also would like to tell you that Pakistani (Jazbaati Quom) trended in favor of Uzma and was trending to arrest Amna Malik because she slapped Uzma but wait……. the real story starts from here.

Uzma Khan and Amna Malik’s husband (Usman Malik) both in scandalous videos (where Uzma and Usman) giving a kiss went viral, they were both cheating on Amna Malik. the house you were seeing in that picture was Uzma’s house, according to her and the Pakistani started shouting and made breaking news: “Malik Riaz’s daughter Amna Malik entered the house of Uzma with the bodyguards and she was there to kill Uzma.”

Later Amna Malik released a video where she said,

I’ve been following Usman and Uzma for a long time, I’ve given multiple warnings to Uzma Khan not to have affairs with my husband and not to destroy my marital life but she didn’t listen, I followed them and saw them in an inappropriate position, my life was being destroyed by Uzma, I’ve been married to Usman for the last 14 years and I have 11 years old child. I also want to clarify that the house which everyone is seeing is not Uzma’s house but it is another house of my husband Usman Malik and I have all the rights to go to my husband’s house.

My pain can be felt by those women who’s Marital life is being destroyed by a woman like Uzma, I also want to clarify that Usman Malik (My husband) has nothing to do with Malik Riaz and nephew of Imran Khan Prime Minister of Pakistan Hassan Niazi has some personal issue with Malik Riaz and that is why Hassan Niazi is maligning Malik. I am leaving my husband (filing divorce) with Usman Malik after his scandal with Uzma.

Uzma Khan Exposed by the Public

Uzma Khan hired a lawyer and said I would drag Amna to court, she was pretending to be innocent, she told a press conference with her lawyer and two others, Khadija Siddiqui and Hassan Niazi. Today a piece of news spread like fire on social media that Uzma Khan had agreed to a settlement with Amna Malik.

According to the EMEA TRIBUNE investigation, Uzma Khan was being badly exposed by Amna Malik, Amna has solid evidence against Uzma Khan about her cheating and marital affair with her husband, Amna vows to expose Uzma on every forum.

Uzma realized that “Daal Nahi Galni” so did request her lawyer to close the case?. Her lawyers disassociated themselves from Uzma’s case and it was confirmed by her lawyers about the settlement.

This is to announce that we are disassociating from #UzmaKhan case.I understand the reasons of any settlement by two aggrieved women in a rigged system,my conscience doesn’t allow me to be part of any of that,even in a professional capacity.
Struggle against lawlessness continues

Questions to the Public

Reaction from Twitteraties on Uzma Khan

Well The true story has been exposed… And there is lesson for every one "Think before you speak " . Such a shame, #UzmaHomeWrecker pic.twitter.com/mdao5fUQLh

Finally @ZakaWaqar exposed the mafia shame shame…. She is a home wrecker anyone supporting her is supporting prostitution #uzmahomewrecker pic.twitter.com/jtqQJ74qRh

Such home wrecker. Social creepers by hook or by crook. I am not saying she was dealt in the right way, but an eye for an eye. She cheats with someone else's husband, what did she expect, a bouquet??
ofcourse the husband is to be blamed too but so is she.#UzmaHomeWrecker pic.twitter.com/EAqAsabmYG

Sakina Samo is alive, death news were rumors only