Karachi Rain: Karachi has drowned once again in Rain, Sindh Government, Mayor Karachi failed. Mayor Waseem Akhtar should resign now. Sindh Government was busy cutting the cake. more than 10 death in Karachi Rain from 26 July 2020 to 27 July 2020. Karachi is alone, Karachi is ruled by everyone but no one owns it, unfortunately.

Karachi is the capital of Pakistan’s province of Sindh, Karachi is the largest city in Pakistan and the seventh-largest city in the world. In Urdu, we say “Karachi Chalta Hain Tu Pakistan Palta Hain” which means Pakistan’s economy is based in Karachi, Karachi generates a revenue of more than 15 billion annually. From taxes to revenue billion of rupees are collected from Karachi monthly. Karachi generates 65% of Pakistan’s revenue and Karachi is the highest tax-paying city in the country. Karachi is neglected by the federal and provincial governments, Karachi generates revenue but in return, the Governments spend not even 1% of the revenue generated. bad policies of the local government and the Sindh government have destroyed Karachi. Illegal infrastructure is the root cause of this problem, MQM and PPP are two political parties who are responsible for destroying Karachi. Karachi is ruled by everyone but no one owns it.

Rain is a gift from God but for Karachi people Rain brings trouble. wherever rain comes in Karachi the life of the people becomes torment. As soon as the rain comes, ninety percent part of the city lost power, then it takes two days to restore the power and sometimes takes three to four days. Karachi roads turned into rivers. Many houses and shops in Karachi were flooded on the second day. 10 death reported After heavy rains in Karachi, water is still available on major highways, the claims of the Sindh government and local government remained unsubstantiated.

Karachi Drowned in Rain & 10 Death in Karachi in 2 days

Orangi Town, North Nazimabad, Gulshan e Iqbal, Gulberg, Ayesha Manzil, Buffer Zone, Powerhouse Chowrangi, and many other areas receive heavy rain. Few areas were drowned and at least 5 feet of water were filled on roads. The water entered houses in Orangi Town’s Aligarh Colony after the area’s gutters overflowed. A mosque in Gulfamabad was flooded too. KDA Chowrangi in Karachi was flooded, motorbikes and cars were drowned in Karachi’s different areas. The cattle market on Superhighway in Karachi has flooded due to the rain. Governor House, Polo ground, local government office, and mosques were flooded in heavy rain.

Residents of Karachi show their anger on social media and shared the evidence and videos, cursing Sindh Government and demanding Mayor Karachi to resign.

The PPP has been running the Sindh government for 13 years#karachirain pic.twitter.com/B8gDkq6YqC

The situation of Karachi the biggest metropolitan city of Pakistan that generates most of the country’s revenue. #karachirain pic.twitter.com/pSh8rnyw7v

#Karachi is such a huge city. Half of the city is flooded with torrential rain since 1pm and the remaining half is in bright sunshine.#KarachiRain pic.twitter.com/xg2pP5QCXr

The water level was up to chest. The kids could have drowned in the water..Kudos to Al Khidmat volunteers who saved their lives.? @sharmilafaruqi @sherryrehman @BBhuttoZardari @BakhtawarBZ @AseefaBZ @SaeedGhani1 can you hear the screams? #KarachiSinks pic.twitter.com/HFhK734lSR

This is Orangi Town in #Karachi earlier today.

The heartlessness with which the commercial capital of the country is treated is shocking.

Nothing but urgent collaborative action fired by the will to bring about change can fix this.

Karachi ruled by everyone but no one owns it

But is there anyone left? I guess no…. whenever bad times come to Karachi only Pakistan Rangers Sindh, Pakistan Army, and Social Welfare Organization help. Edhi, Al Khidmat, Chippa, and JDC along with Saylani and others always stood with the people of Karachi.

So where is the Sindh Government? they are busy cutting cakes and busy making money here is the latest picture of 26 July 2020. 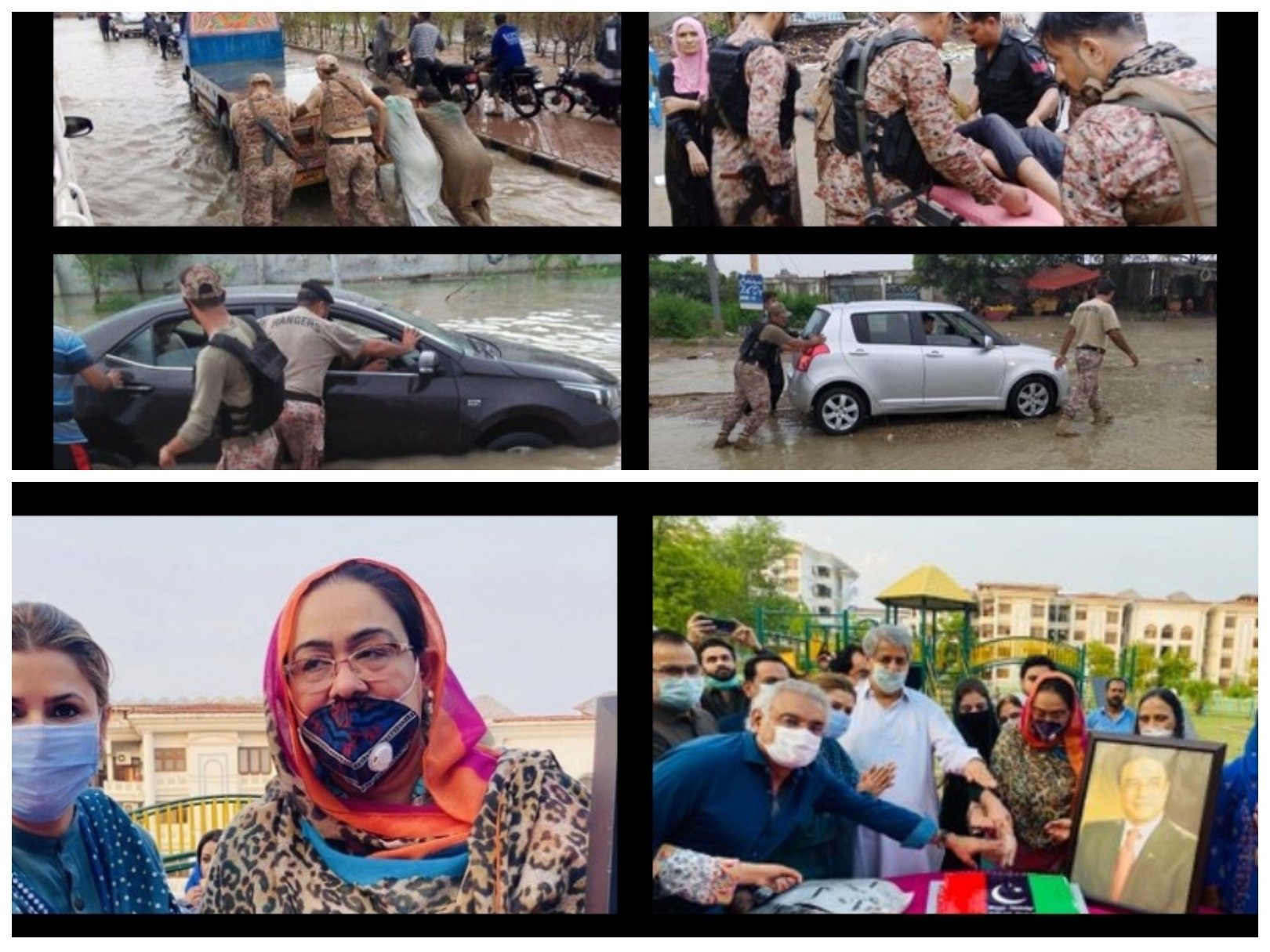 Pictures I am going to share old pictures and a few are new but the reason to share is to tell the political parties of Karachi that “Pakistan Army, Pakistan Rangers Sindh” are doing the work of yours so should Karachi people vote them in next election? just imagine if Pakistan Army or Rangers stands in the election believe me 90% of Karachi people will vote for them. Every time Karachi sees that how Pakistan Army, Rangers, and the social welfare organization come to rescue Karachi. 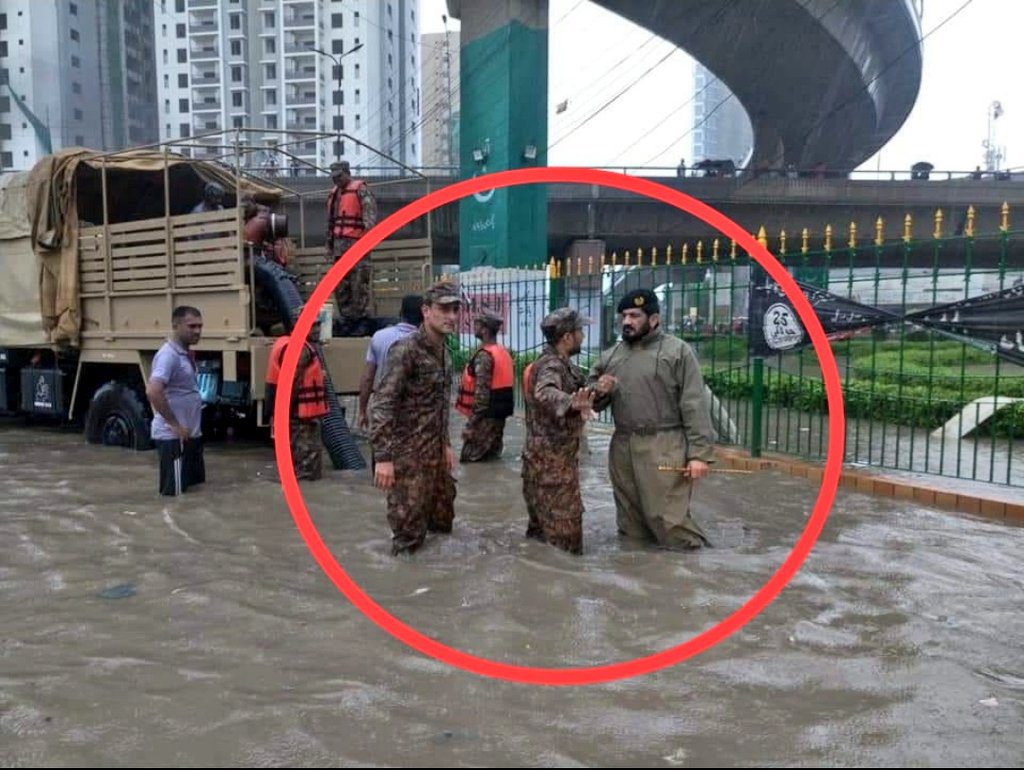 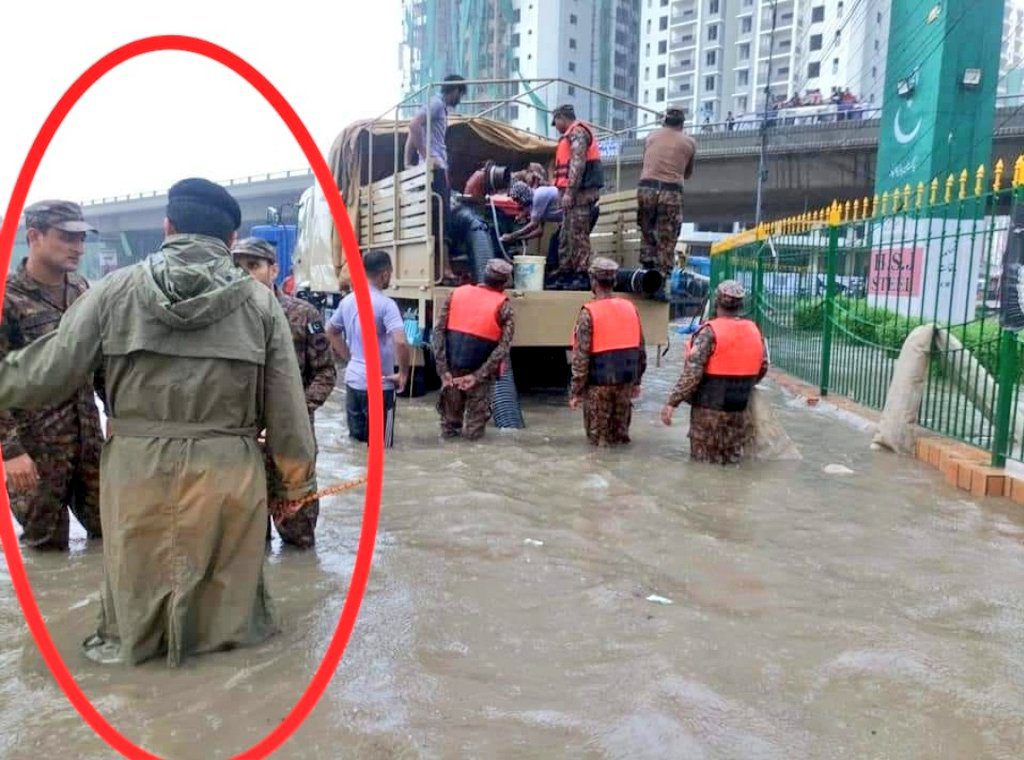 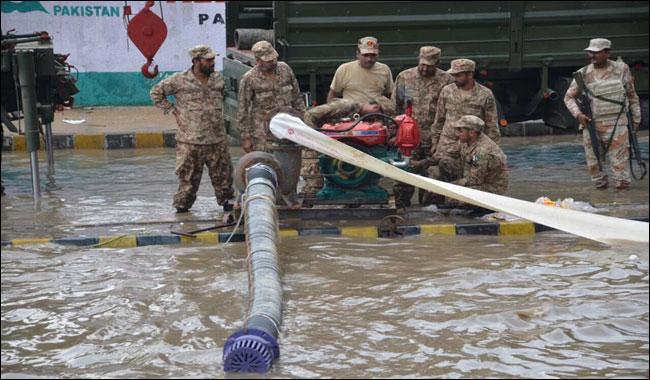 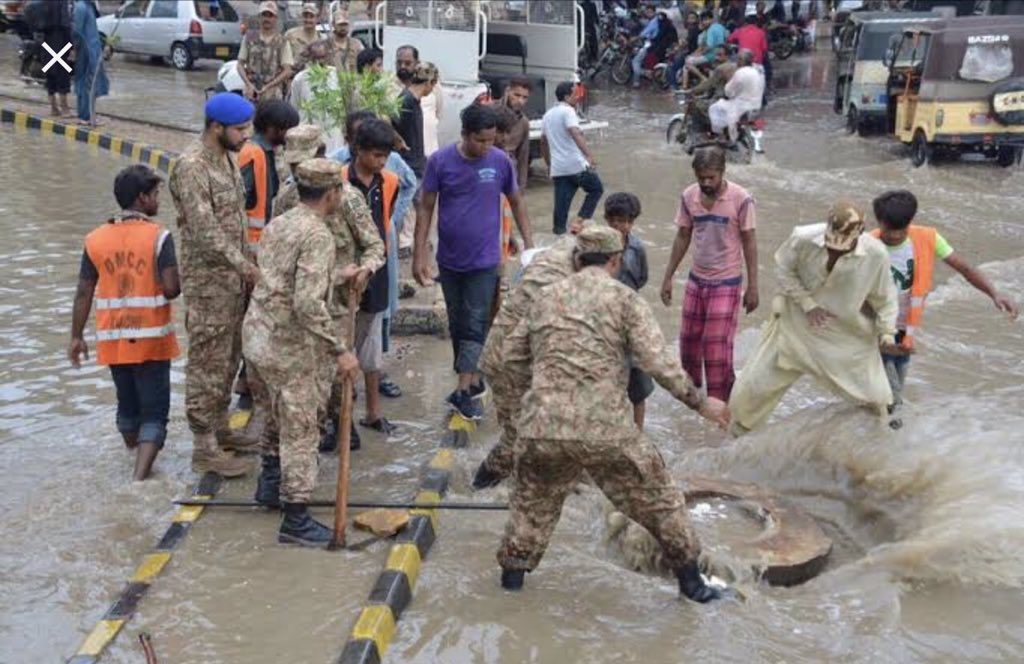 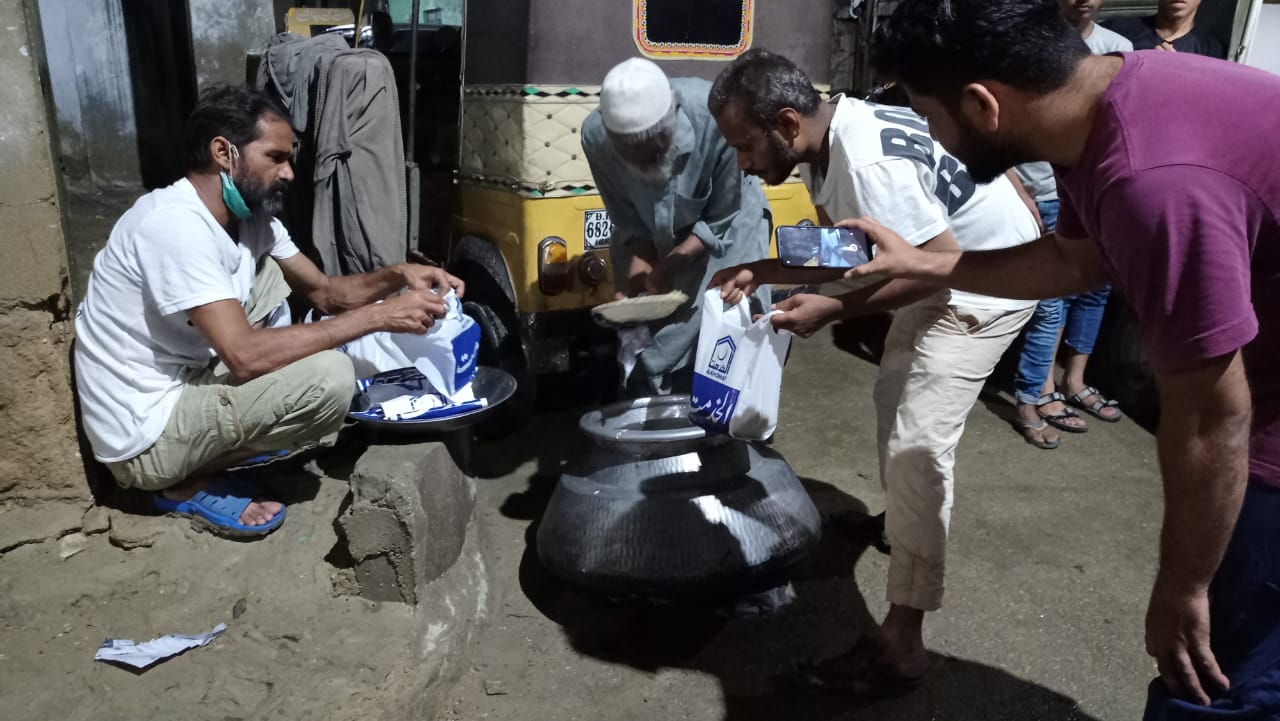 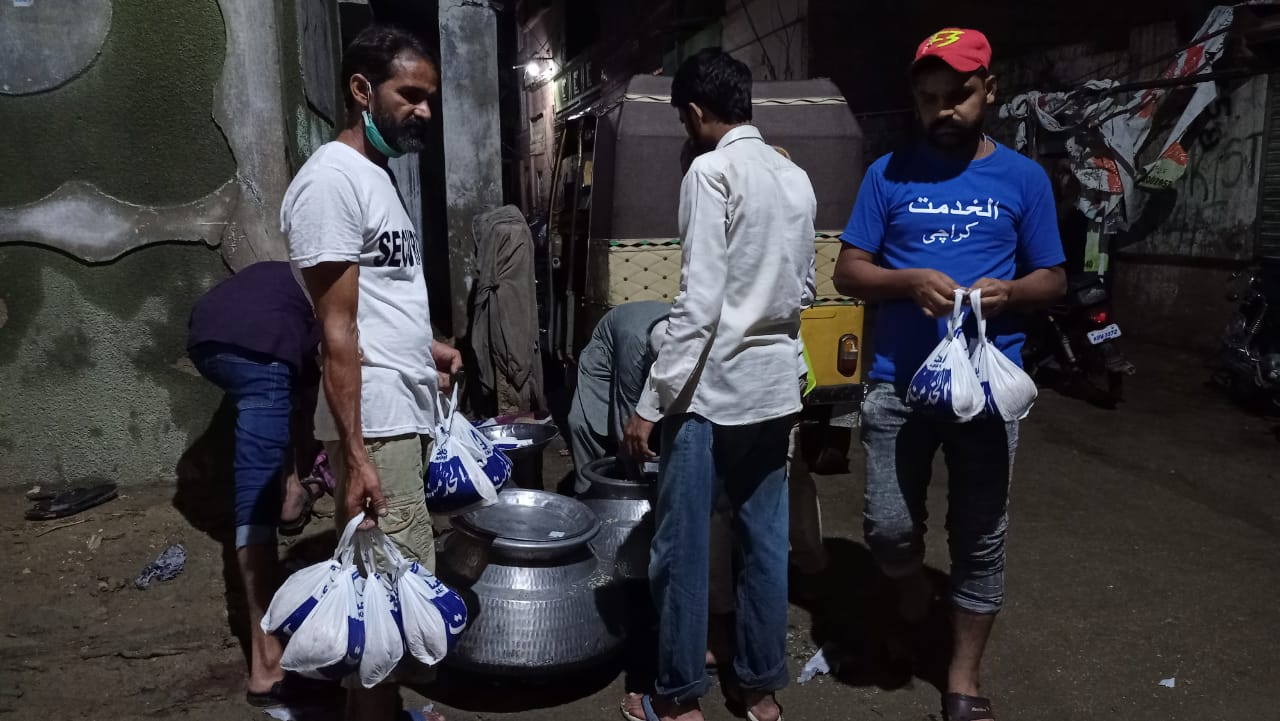 A plane was crashed in Karachi two months ago:
Pakistan Army + Rangers + Social Welfare Organization were at the place the whole night and were taking part in the rescue operation

Karachi’s last hope is the Chief Justice of Pakistan and Pakistan Army, Karachi lost the hopes in all political parties, Karachi is alone now, is there anyone who will fix the problem of this city? and will Mayor Karachi Waseem Akhtar Resign? will Sindh Government Minister Resign? Who is responsible for death in Karachi?