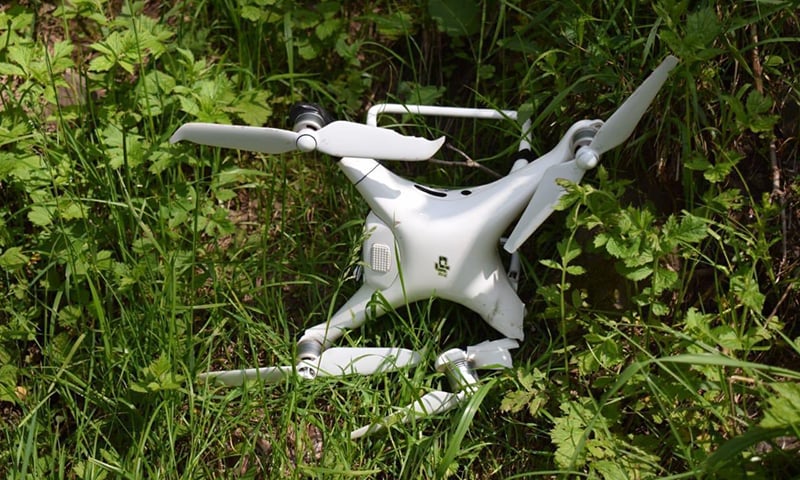 #PakistanArmy troops shot down an Indian spying #quadcopter which came from Kanzalwan Sector, intruded 700 Meters on Pakistan side of #LOC in Nekrun Sector.

It should be noted that two days ago, the Pak Army had shot down an Indian quadcopter. The Indian spy quadcopter had entered Pakistani territory at a distance of 650 meters in the Rakh Chakri sector.

Violations of the LoC by India continue. Earlier, civilians were fired upon and shelled on the Line of Control, as a result of which several civilians, including Pak Army personnel, were martyred.

It may be recalled that the Indian quadcopter was shot down by the Pakistan Army in April this year. The ISPR said that this Indian move was a violation of the 2003 ceasefire agreement.

The reaction of Twitteraties on Pakistan Army shot down Indian Drone

Thank you PakistanArmy for making defense of Pakistan invincible !

I think India has ONLY "Quadcopters."

What is the problem with India? Why don't they pay attention to the poverty and hunger that causes people to commit suicide and play such cheap games?

Being 7ft tall changed my life: I grew up on a council estate but now play for a US basketball team

A British basketball star who’s played in Seattle, Miami and Germany has revealed how his extraordinary height has proved his...